Cabinet of the Despatches

The Cabinet of the Dispatches was originally the Oval Salon that Louis XIV had built in 1692. Like the Chamber of the Golden Plates this too was a part of the Petite Galerie - actually it was this room that opened up into the Petite Galerie. The room also had led one into the Cabinet de Coquilles but the cabinet was removed in order to create room for the King's Staircase. During this chance to the palace the Oval Salon was redesigned into the Cabinet of the Dispatches and a commode as well.

The cabinet is lavishly decorated: Corinthian pilasters were chosen as a main feature of the décor as well as four niches surrounds four bronze statues. A minor glass cabinet was made by Riesener for Louis XVI's watches. Louis XVI also had two Sèvres vases placed in this cabinet and an bronze arabesque.
Louis XIV would keep his most precious manuscripts in this cabinet. Louis XV used this room for a different but still personal purpose: he would spent hours examining letters and reports from his secret agents that he had placed at different courts throughout Europe to always be informed. The King would write back instructions in this room and due to this kind of delicate activity the room was also known as the high-seat of the "Secret du Roi".  Disp 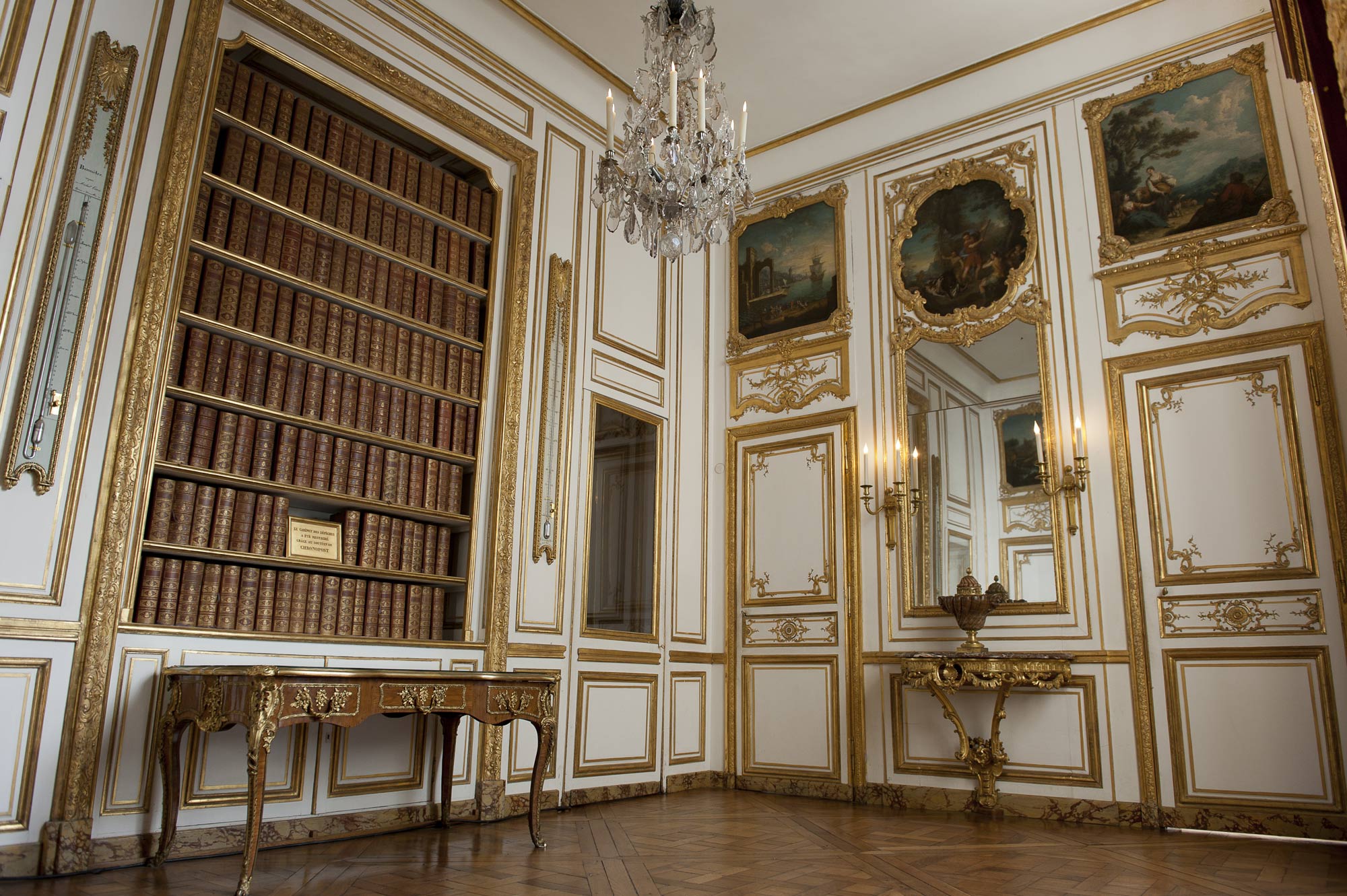 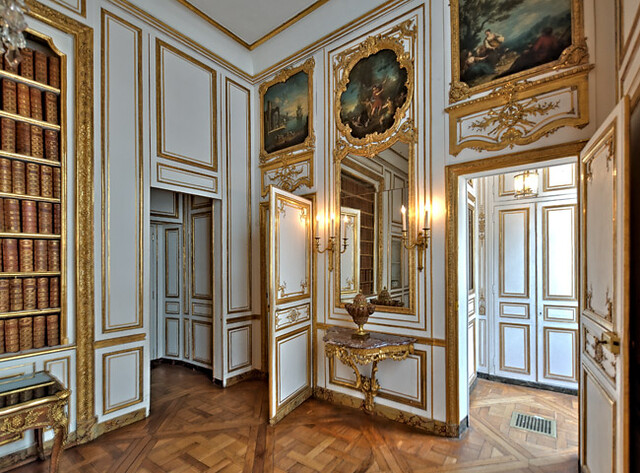 Posted by Louise Boisen Schmidt at 16:31