"I believe that the histories that will be written about this court after we are gone will be better and more entertaining than any novel; and I am afraid that those who come after us will not be able to believe them and think they are just fairy tales."

Email ThisBlogThis!Share to TwitterShare to FacebookShare to Pinterest
Labels: quotes
About the suggested marriage to the Dauphine Marie Anne's youngest brother:

"I was not made for younger sons"

Email ThisBlogThis!Share to TwitterShare to FacebookShare to Pinterest
Labels: quotes

Rather sadly little - or rather nothing - remains of the interior Madame de Maintenon would have known. As can be seen from the photo underneath the room is practically stripped of ornaments and boiserie especially compared to the elaborately decorated apartments throughout the palace. Still the fact that Madame de Maintenon was even awarded an entire set of apartments is a clear sign of her favour with the King. 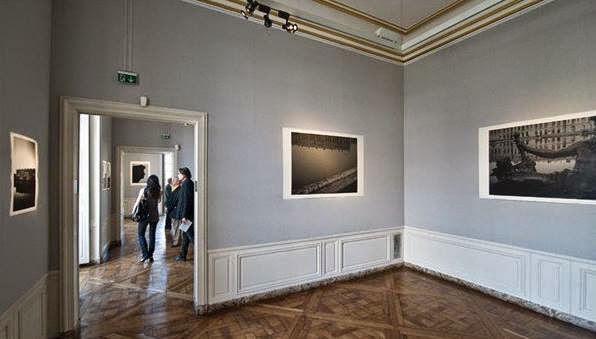 Posted by Louise Boisen Schmidt at 21:17 No comments:

The Lack of Toilets

There were hardly any toilets at Versailles and with a court counting several thousand people it turned out to be more than a little problem. The servants, the commoners who came to look at their monarch even the aristocrats would occasionally relieve themselves in corners and courtyards though this was not as often as has later been implied. Visitors - including Horace Walpole - complained about the awful smell that hung over everything; even the gardens were not free for the hideous odour. Thanks to the many reports of ambassadors and foreign visitors the splendid palace became known as one of the filthiest in the world - not exactly what had been expected. The problem became so acute that Louis XIV put a new rule in place according to which the hallways were to be cleansed for faeces (if there was any) and dirt once every week. Also, many of the King's beloved orange trees were put into vases inside the palace in an attempt to mask the smells.

However, there were other alternatives since - after all - relieving yourself in a corner was far from being socially approved. During the many parties held at Versailles it was not uncommon for the guests to bribe the servants of the courtiers to let them use their masters' chamberpots and if this was not possible there were "commodes" where the toilets are currently located. So at least something was done about it but as you say no smoke without fire!

Courtiers who lived at Versailles would often have their own "commode" which was a seat with a chamber pot underneath; it was brought when needed and then taken away when you were done. It is estimated that there were 300 of these at Versailles but it was not near enough. Th ruthlessly honest Duc de Saint-Simon once said of the Princesse d'Harcourt that she would often urinate while walking making her hated by the many servants who had to clean up after her. It was even said of Louis XIV himself would go to the toilet while driving a carriage! When at Fontainebleau the courtiers would normally hold their water until dusk at which time they would rush to the lawns and simply do their business then and there.
No one thought of training the many pet dogs of the courts to go outside so occasionally these would urinate indoors to the embarrassment of their owners. Consequently, the animals would contribute as well to the "delicious" smells everywhere.

Just like in the city servants threw out waste from night pots into the inner courtyards; a story goes that once the Dauphine Marie Antoinette and her sister-in-law the Comtesse de Provence were headed for the apartments of Madame Victoire when they stopped at an inner courtyard for a moment. Just at that time a servant threw out such a night pot out the window nearly hitting the two princesses - some might think that it was done on purpose considering that the window belonged to Madame du Barry! The only people who had actual toilets were the King, the Queen and the Dauphin and these were not installed until 1768. It seems strange though that iron pipes could be dug to provide water for the fountains in the gardens but not to carry away waste...
Posted by Louise Boisen Schmidt at 14:39 16 comments: