This is the main room of the Queen's apartments and she would have spent most of her time here. Not only would she sleep here but she would perform her Toilette which became a court event due to the etiquette of the French court. This was where the Queen would give birth - again in public.

In the morning the Queen would receive visitors in her chamber. The room features a Baillou and Crescent clock and a fireplace done by Sené. 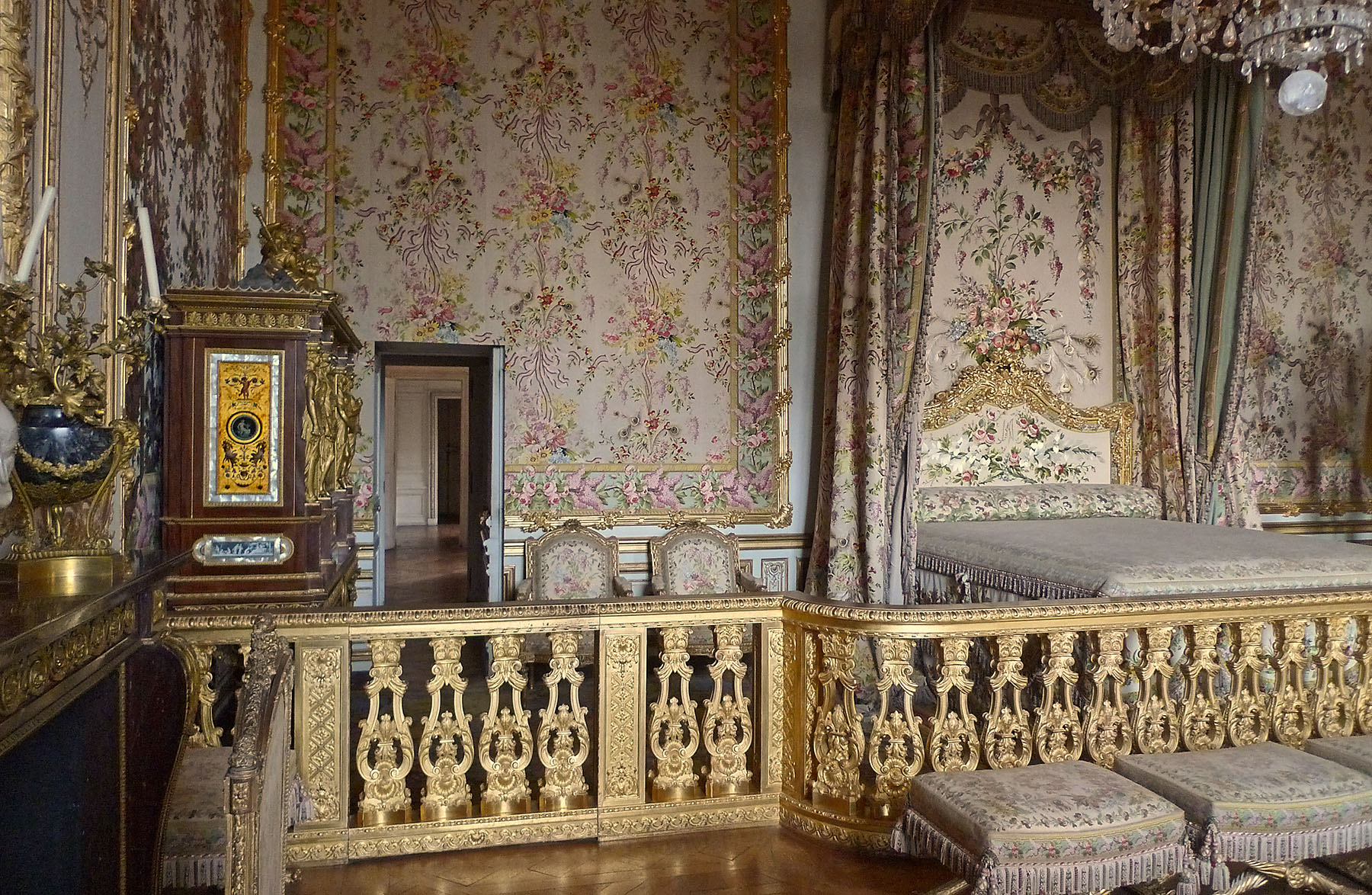 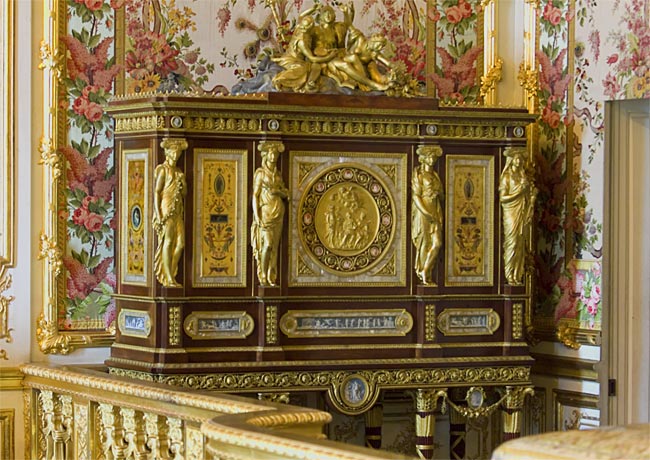 Posted by Louise Boisen Schmidt at 21:37