Marie Antoinette was one of the few at the French court who insisted on frequent baths which is exactly what these rooms were used for.

These rooms are located on the ground floor in the Queen's small apartments. Marie Antoinette had them created in 1782 and the new rooms consisted of: a bedroom, a library and the bathroom. 6 years later the Queen had the rooms refurbished and the wood-panelling decorated by the Rousseau brothers. During the 1830's these rooms were dissembled but the rooms are now restored to the state in which the Queen lived. The furniture in the bathroom now counts:
All this helps to bring us back to the rooms designed by Marie Antoinette herself. 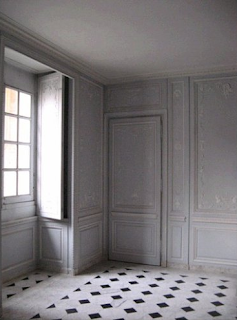 And these are the Queen's bathroom from the first floor: 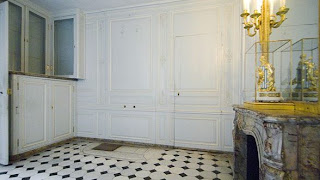 The bathroom on the first floor also included an "antechamber" (if you like) that lead into the bathroom. The paintings on the wall were painted by Jean Baptiste Oudry and was originally made for the interior cabinet of Marie Leszczinska and were painted in 1749. 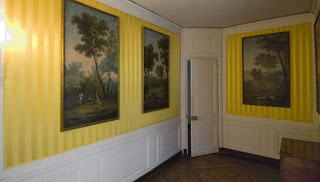 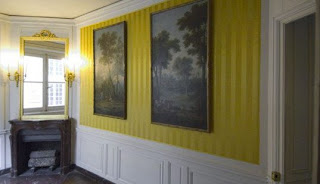 Posted by Louise Boisen Schmidt at 17:18