Marie Antoinette is probably the most infamous Queen of the Bourbon Dynasty. She was (and still is) a symbol of the extreme luxury and extravagance of the French pre-revolutionary court.

Maria Antonia Joespha Johanna was born on November 2 1755 to the Empress Maria Theresa and Emperor Francis I. She was the youngest child and had fourteen siblings. Her home at the court of Austria was far more relaxed than that of France and the Imperial family was able to enjoy some sort of privacy - something that the young Archduchess would long after in France. Common children were often brought in to play with the imperial children to keep these precious children as down-to-earth as possible in their situation. Her best friend was her sister Maria Carolina.

Marie excelled at dancing and played the harpsichord and the harp. But the youngest Archduchess had no interest in her education. Her hand-writing was scrawling and she would use any trick to get of the lessons. Austria was a multilingual country and it was common for the Austrians to speak French, German and Italian. While Marie was good at Italian her German and French was poor.

An outbreak of smallpox in her family in 1767 would leave her older sister scarred and therefore no longer considered fit to marry. Marie Antonia was now the only available bride for the French Dauphin Louis-Auguste. On May 7 1770 she was officially handed over to the French delegation at the border between the two countries - she would never see her home again.
Maria Antonia was restyled into Marie Antoinette to fit her new position as Dauphine of France. When she arrived to Versailles she was the leading lady from her first entrance since there was no Queen. She was married to Louis-Auguste on May 16 1770 but the marriage was not consummated - something that would haunt the couple for many years to come.
The Dauphine found herself in a difficult situation: on one hand Marie was popular among the people and on her first visit to Paris she was met with 50.000 Parisians who all cheered for her. But on the other hand her nationality meant that the Dauphine was a thorn in the eye of many elderly courtiers who could not overlook the many years of tension and war between France and Austria. The most decided opposition was from the Comtesse du Barry - Louis XV's mistress. On this point the Dauphine was unyielding. She refused to talk to du Barry - who as the mistress of the King was not allowed to talk to the Dauphine first - and it was not until New Years Day 1772, that Marie finally said a short sentence to her.

Her life was lived in public and she had to undergo many ceremonies (for more: Madame Etiquette). For the fourteen-year-old girl who was use to having some sort of privacy, this was a shock and Marie would dislike the strict etiquette all her life. Marie Antoinette received monthly letters from her mother schooling her in how to act and no topic was too small to be left out - or harshly criticized. At this time Marie started a close relationship with the Princesse de Lamballe. But everything changed on April 27 1775. Louis XV contracted smallpox and he died on May 10.

Louis-Auguste became Louis XVI on June 11 and Marie Antoinette witnessed his coronation. The couple
had become closer over the years but the marriage was still not unconsummated. Despite her position close to the King, Marie had no real political power and no desire for it. But the situation with the married couple became a scandal when the King's sister-in-law gave birth to the King's brother's son - and this couple had been married in fewer years than the King and Queen. The Queen liked to gamble (like the rest of the court) and she loved the opera. The King publicly showed his affection by handing over the Petit Trianon to the Queen on May 15 1774. Marie Antoinette used this little mansion to retreat from the routines and horribly strict etiquette that her position made her endure. She would transform the Petit Trianon into a little estate where only close friends with invitation could come.
The French economy was horrible and was made even worse when Louis XVI decided to help the American colonialists against England. At this time Marie's brother, Joseph, arrived to Versailles to guide the couple through their difficulties with producing an heir. And it worked.

Marie Thérèse was born on December 19 1778 as the first child of the royal couple - she was given the nickname Madame Royale. But a male heir was still demanded and Marie was recovering from the very difficult birth. The Queen began chancing the traditions of Versailles such as abolishing segregated dinning areas and turned from the heavy make-up and court dresses. She introduced the new and lighter muslin dress. Marie Theresa - Marie Antoinette's mother - died on November 29 1780 and not long afterwards the Queen was pregnant again and finally gave birth to a Dauphin - Louis Joseph Xavier Francois.
But despite the celebration of the birth of a Dauphin, the Queen's popularity was fading with the people. Many false rumours and malicious pamphlets made the people think that the Queen completely controlled the King despite her having no political power. Marie Antoinette had now gained a new friend - the Duchesse de Polignac - who was already unpopular with the French. 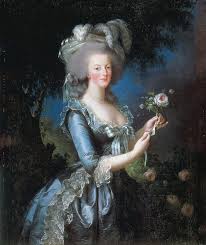 The Queen's third pregnancy prompted concerns for her health - she would suffer a miscarriage in 1783. She had become attached to Axel von Fersen. To try and calm herself the Queen began working on her Hameau;
a little imitation of country life where the Queen could isolate herself. All was not well with the Dauphin who suffered from failing health. Not long afterwards the Queen was pregnant again and gave birth to another son, Louis Charles. She had bought the Château de Saint-Cloud which caused outrage among the population that could not accept a Queen owning a property of her own and in her own name. Marie Antoinette would give birth to another girl but she would not survive infancy - and troubles threatened the Queen and her family.

Poor harvests and failed attempts at correcting a disastrous economy had turned the population against the King and Queen. When the famous "affair of the diamond necklace" occurred it turned the Queen's unpopularity into hatred - despite her innocence. The rumour that has survived to our day is that of the Queen having said: "Let them eat cake" when she was informed of the shortage of bread. This however was also not true. When the Parlement of Paris was dissolved in 1787 the situation began to spin out of control.
On July 14 the Bastille was stormed and the Revolution had began.

The Queen had still no political power and was not included in anything regarding politics. Instead, she turned to her eldest son who was dying and died shortly afterwards. Her friends, the Duchesse de Polignac and the Comte d'Artois, fled the country.
Everything changed when Versailles was stormed on the night between October 5-6 1789 - the royal family was forced to go to Paris by an enraged crowd. They were now living in the Tuileries Palace where they would be constantly monitored by guards. The situation became worse by the day and the royal family finally decided to try to escape the capital. But they were captured at Varennes and brought back to Paris - at this point there was no hope left. Marie desperately hoped that her nephew Leopold I of Austria would try and rescue them but his vague attempts at a military campaign only enraged the Parisians further. They even went so far as to break into the Tuileries and force the King to wear a Phrygian cap. 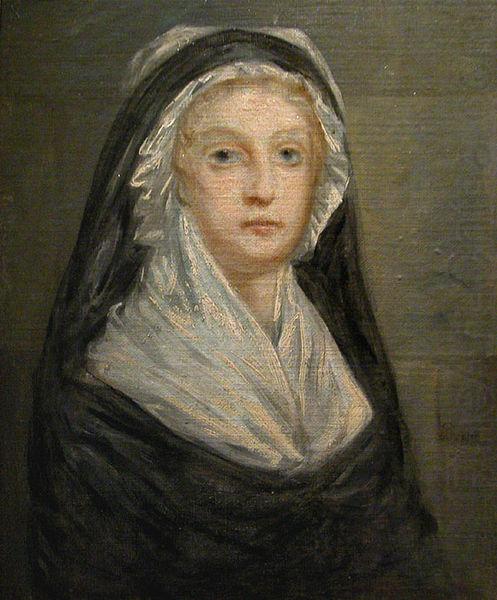 When an armed mob attack the Tuileries not long afterwards, the royal family had to seek Legislative Assembly for protection - a sign that the King no longer possessed any power. The family was then imprisoned at the Temple under conditions that were a lot harsher than before. The monarchy officially fell on 21 September and the previous royal family was now known as the Capet family. Evidence against the King was been gathered and prepared for his trial and he was separated from his family. The King was found guilty and led to the guillotine on January 21 1793. Marie Antoinette was devastated and refused to eat or exercise. Her situation became even worse when her son Louis Charles was taken away as well because the republic saw him as a threat - he was now Louis XVII. The trial against the Queen was being prepared and in September she was taken to the Conciergerie and she was tried on October 14. But unlike the King's trial she had had no time to prepare herself and it was obvious that her sentence had already been given.

Two days later, on October 16 1793, Marie Antoinette stepped out of the Conciergerie and onto a simple wooden cart. She was driven through the city but remained her dignity and sat straight. She ascended the scaffold and pardoned for accidentally stepping on her executioner's foot. At 12.15 the blade dropped and Marie Antoinette was executed. She was buried in an unmarked grave but later reburied at the Basilica of St. Denis.
Posted by Louise Boisen Schmidt at 16:23