Originally this room opened into the Hall of Mirrors but when Louis XIV moved his bedchamber to this very room, the three arches were walled up. The bedroom is facing the rising sun. Above the bed an allegory of "France watching over the King in his slumber" has been added. Louis XIV used this chamber for his less formal - and somewhat private - dinners. This room saw the rising and retiring ceremonies of the French King ever since Louis chose this as his bedroom in 1701. In the end this was to be the room where the Sun King would die.

Louis XIV himself chose the four priceless paintings that adorns the walls and is painted by: Le Valentin, Lanfranco, Battista and Le Dominiquin. Today a bust of Louis XIV stands on the mantelpiece (created during Louis XV's reign) alongside with a candelabra that once belonged to the Comte de Provence - the brother of Louis XVI - and a barometer clock.

Originally the Apollo Salon was the King's bedchamber but served mostly as a throne room. During Louis XIV's reign a silver throne was placed in the salon. The golden rail in front of the bed behind which the courtiers would gather at the King's rising and retiring ceremonies - they could get no closer to their sovereign. 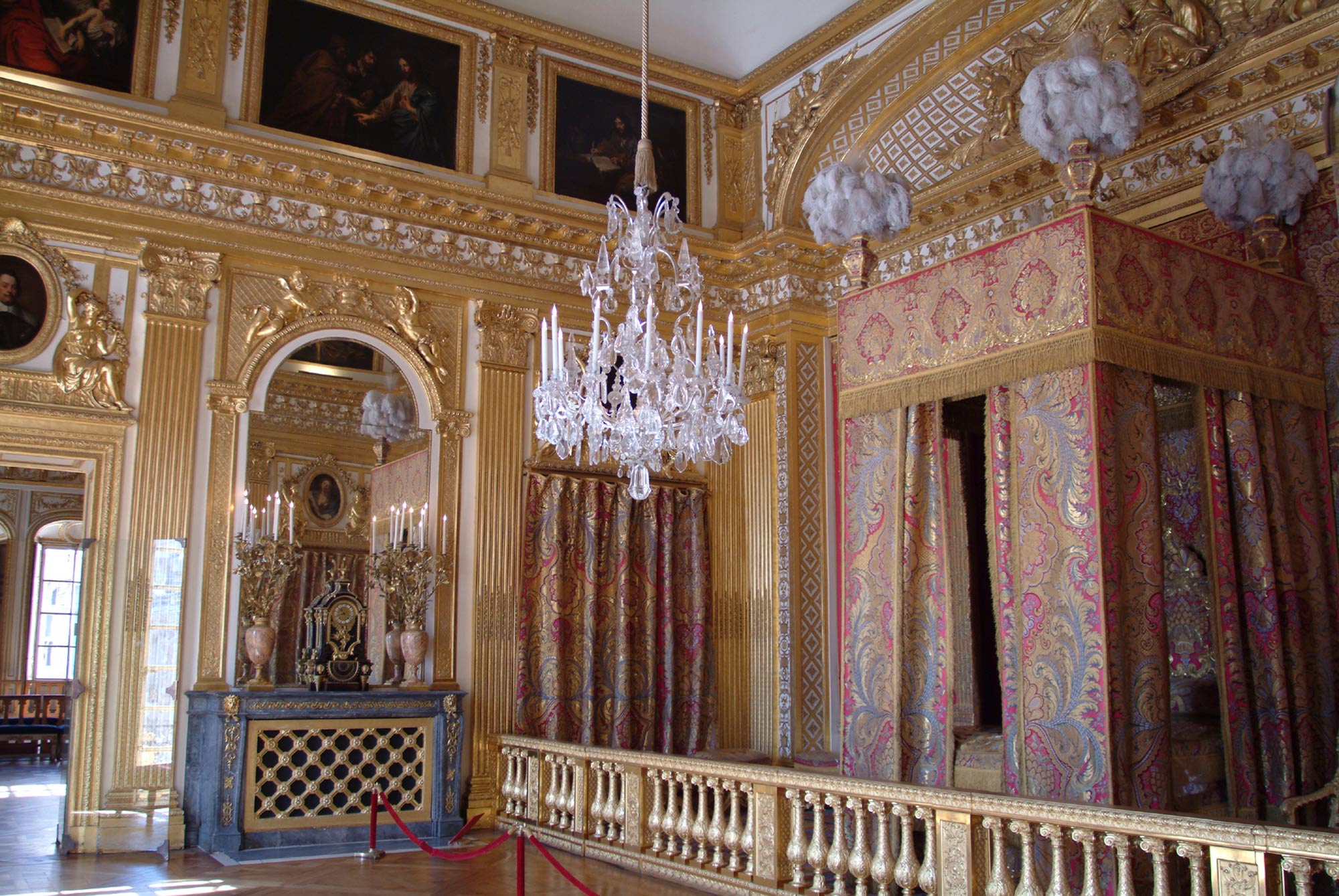 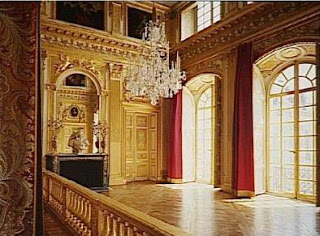 Posted by Louise Boisen Schmidt at 21:36