The Hoquetons were guards that controlled the police of the palace - their name was derived from the tunic they wore. These guards usually occupied this room. The salon was decorated in 1672 and the decorations focused on weapons - statues have been placed in niches. One of the statues portrayed a woman wearing draped clothes and the other portrayed a Moor made of marble - this last piece was a part of the Borghese princes' collection before it was moved to Versailles.
Another of the great attractions in this room is the large and elaborately decorated clock. It is called the "Creation of the world" and is from 1754 and is made by Joseph-Léonard Roque.
The creation of this room is due to Madame de Pompadour. She divided what used to be a one big room into two smaller rooms: these would then function as antechambers to the Dauphine at the time and later on to Madame Victoire and Madame Adélaïde. 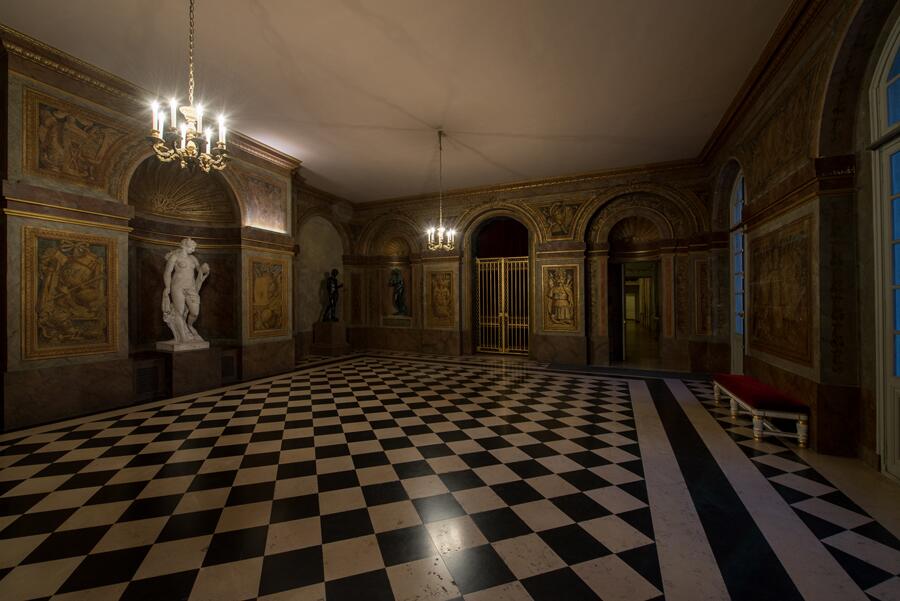 Posted by Louise Boisen Schmidt at 19:29