Louis XIV counted this the last room of his private apartments while he stayed there. The Sun King used it as his council room. It would later serve as Marie-Louise's, Napoleon's second wife, drawing room. Louis-Philippe brought it back to its' original purpose when he decided to use it as a council room too. While the panelling are original all the furniture was acquired during Napoleon since the original furniture was sold off during the revolution. The silk used for the curtains and the furniture was allegedly ordered for Marie Antoinette's private apartments at the Château de Compiègne. All of the chairs were delivered by Jacob Desmalter in 1805 who used fabric prints from l'ancien regieme. Like the Hall of Mirrors this room was distinguished by the use of mirrors which was considered a great luxury because mirrors were very difficult and expensive to produce. 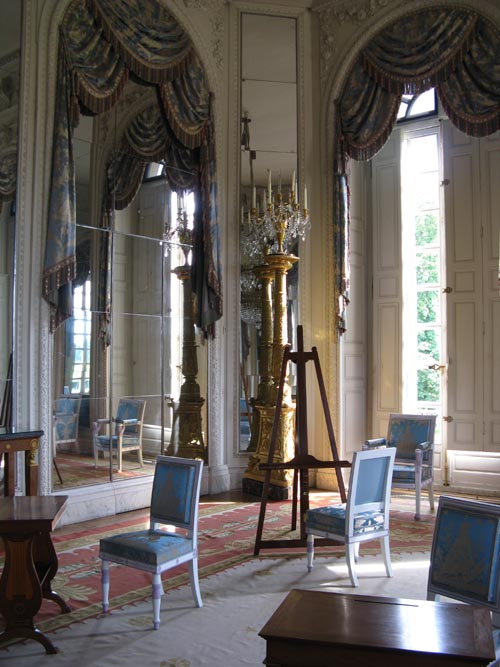 Posted by Louise Boisen Schmidt at 21:52