The Corner Lounge in Madame du Barry's apartment faces both the Cour de Mabre and the Cour Royale. The windows are set in very deep niches probably due to the curve of the roof. Especially the window frames are richly adorned with the royal fleur-de-lis in the golden motifs. A portrait of Madame du Barry's lover hangs on the rear wall and is painted by Van Loo. There are two chairs in this room that actually did belong to Madame du Barry and is believed to be the work of Delanois Louis and are covered with white silk with a floral print.
It was in this room that Louis XV would brew his own coffee; actually it was just behind the hidden door. A bust of Pajou is placed on the marble fireplace right in front of the large mirror. Madame du Barry would use this game to entertain her guests mostly as a gaming room. 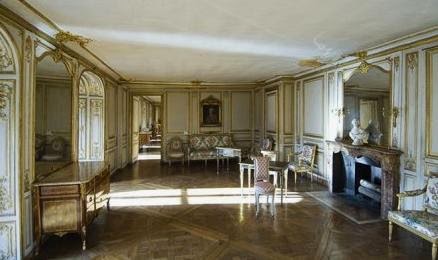 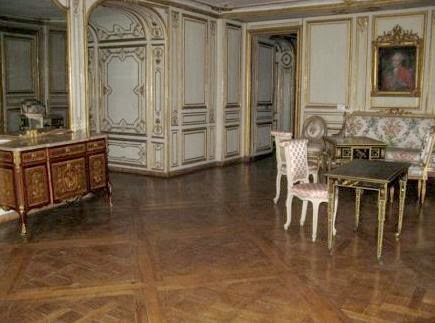 Posted by Louise Boisen Schmidt at 19:44