Louis Renè Edouard, Cardinal de Rohan (mainly remembered for his role in the Diamond Necklace Affair) was another one who enjoyed the creations of the Sèvres factory. In fact, he liked it so much that he had a service created for him which - in return - was named after him as "the Rohan Service".

Much like Louis XV's service, the Rohan Service is dominated by the pure colour of bleu celeste or heavenly blue. The centre is adorned with the Cardinal's initials though he chose to have his service engraved with his title of Prince de Rohan-Guéméné, rather than Cardinal Rohan. 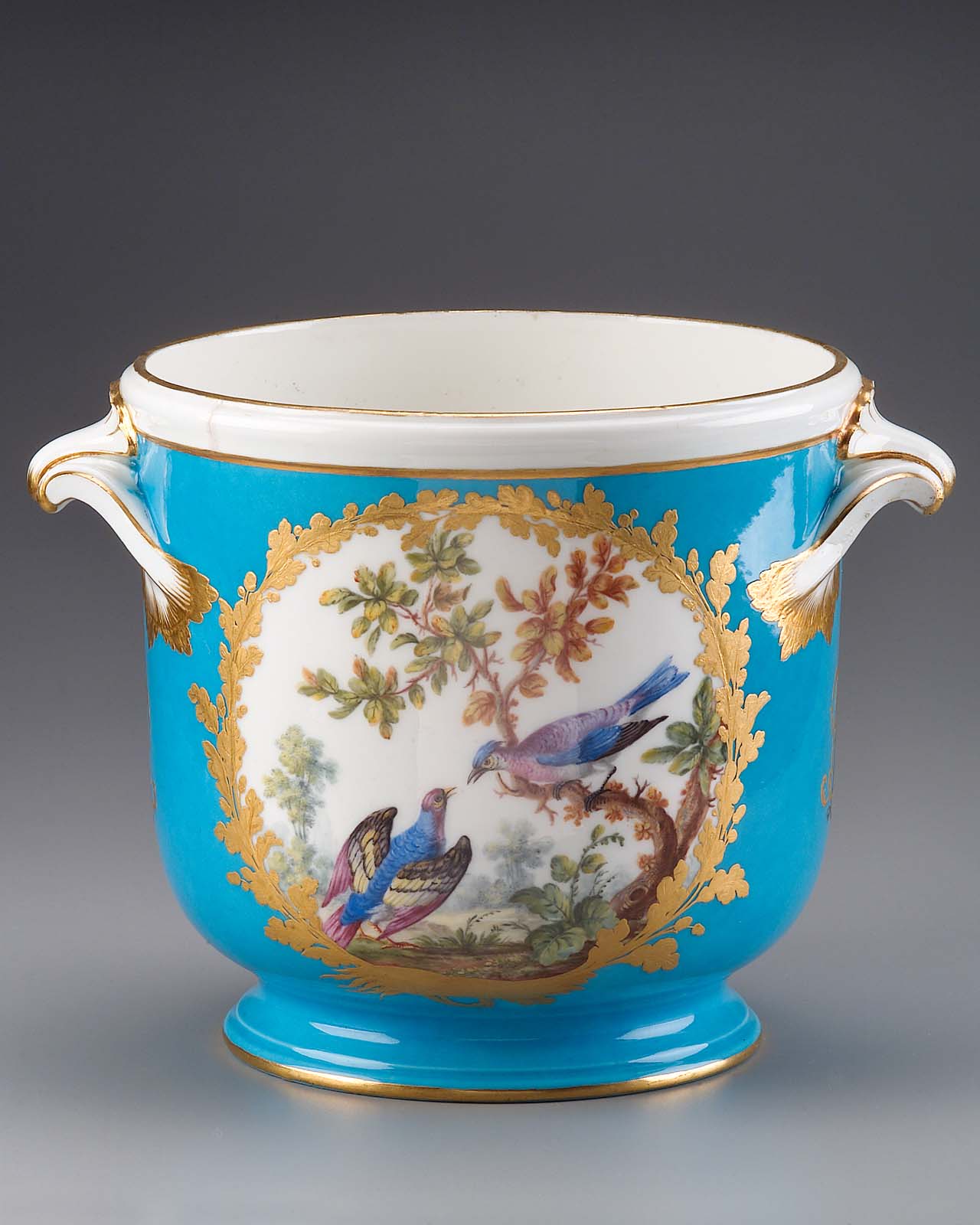 The service cost 20.772 livres; each plate cost the Prince 36 livres! Altogether, the service consisted of 368 pieces.

Posted by Louise Boisen Schmidt at 19:15