Most of the floor plans of Versailles are taken from the château itself but this one is from the Ministers' housing which was located right outside the Court of Honour - fenced off by the main gate. This is where important ministers were housed, so that they would not be too far off in case the King needed them. However, they were not important enough to get an apartment within the château itself!

The apartments on the left:

Blue Section: The General of the French Guards
Turquoise Section: Monsieur de Pons
Green Section: Minister of Foreign Affairs
Purple Section: Divided between the Minister of War and the "Maître d'Hotel" of the Queen

The apartments on the right: 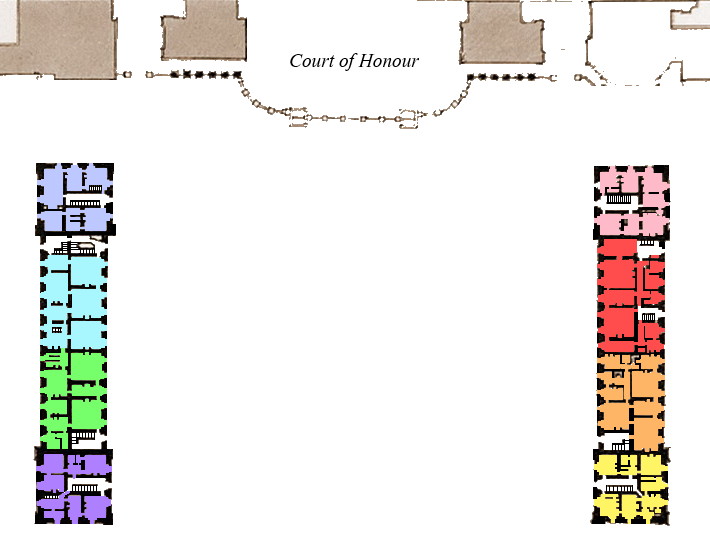 Posted by Louise Boisen Schmidt at 11:12