Who was whom again?

Since it was customary to only mention a person by their rank - the simpler title, the better - it can be very confusing to find out who is actually referred to. So, hopefully this should be helpful:

I made the following diagram which shows the those who held the titles of (from right to left): King, Dauphin, Dauphine and Monsieur. 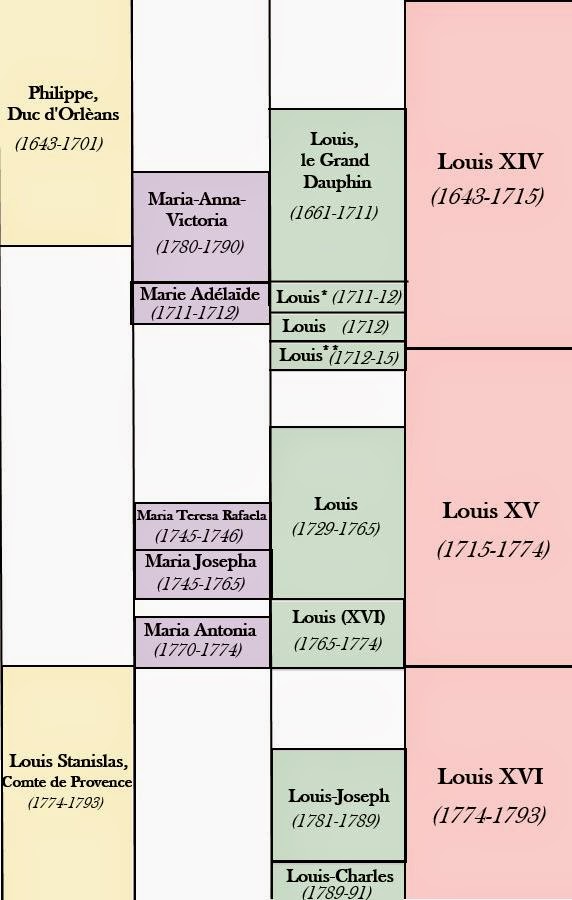 I chose not to include the title of Madame since this was occasionally given to a woman who was not married to the eldest son of the Dauphin which would destroy the logic of the table above.

Posted by Louise Boisen Schmidt at 22:52