The Apollo Baths are a truly gorgeous piece of work which was created between 1670-73 - on the request of Madame de Montespan whom the King was only too happy to oblige. Sadly, the original one no longer exists since Louis XVI had the garden re-decorated in 1778 by Hubert Robert (who received the post of designer of the king's gardens for his efforts); the style we see know is a mix of English and Chinese influences. The three groups of statues has given the new construction it's name since they all depict Apollo in different scenarios. The statues were originally built for the Thétis Grotto but when this was demolished it was moved to different parts of the garden before ending at the Apollo Baths.

The grotto that surrounds the statues has clearly been exposed to wind and weather which has left its' mark on the beige marble.The "baths" is made rather obvious when the many pumps are activated and water cascades down from between the statues. 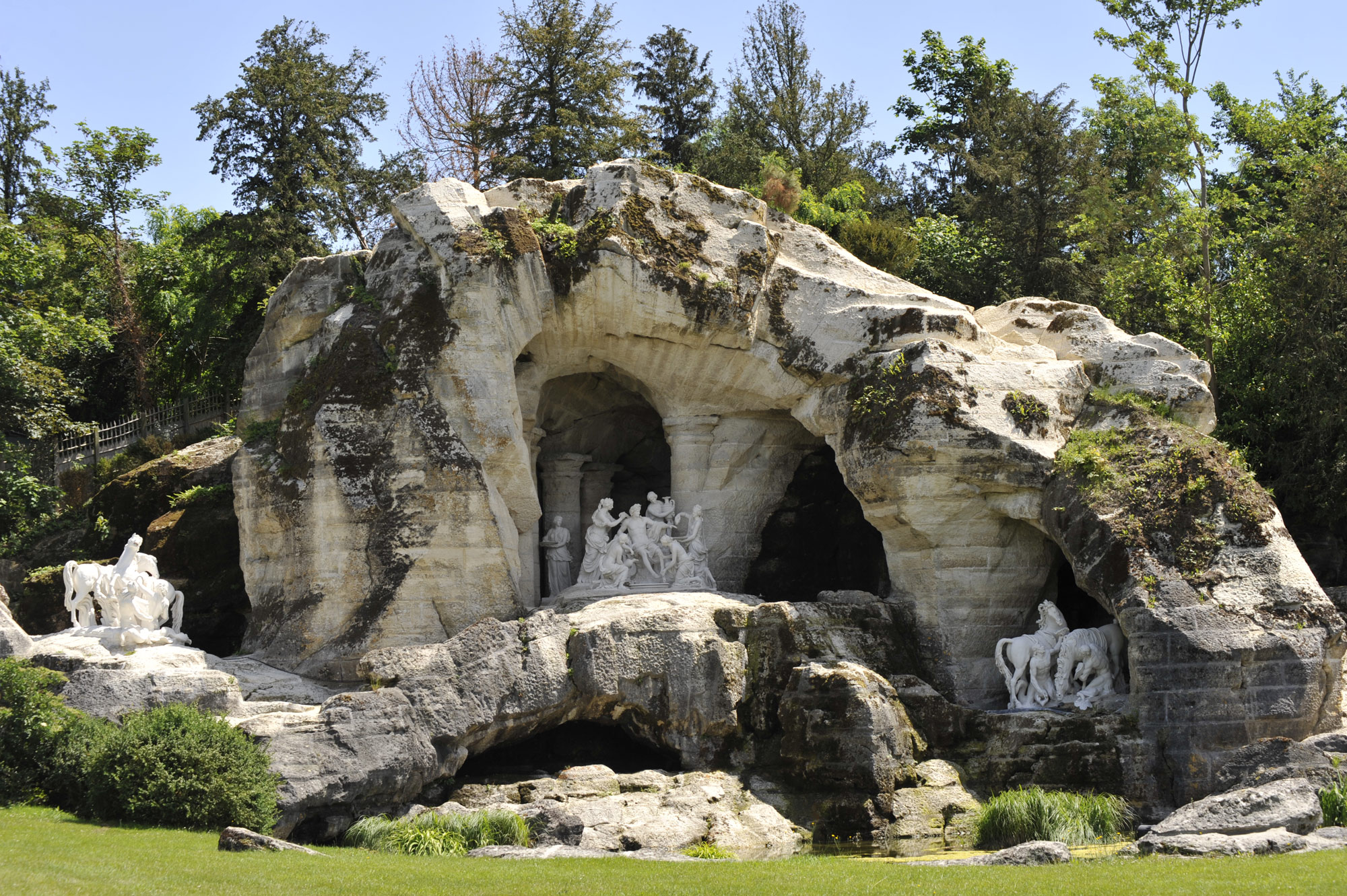 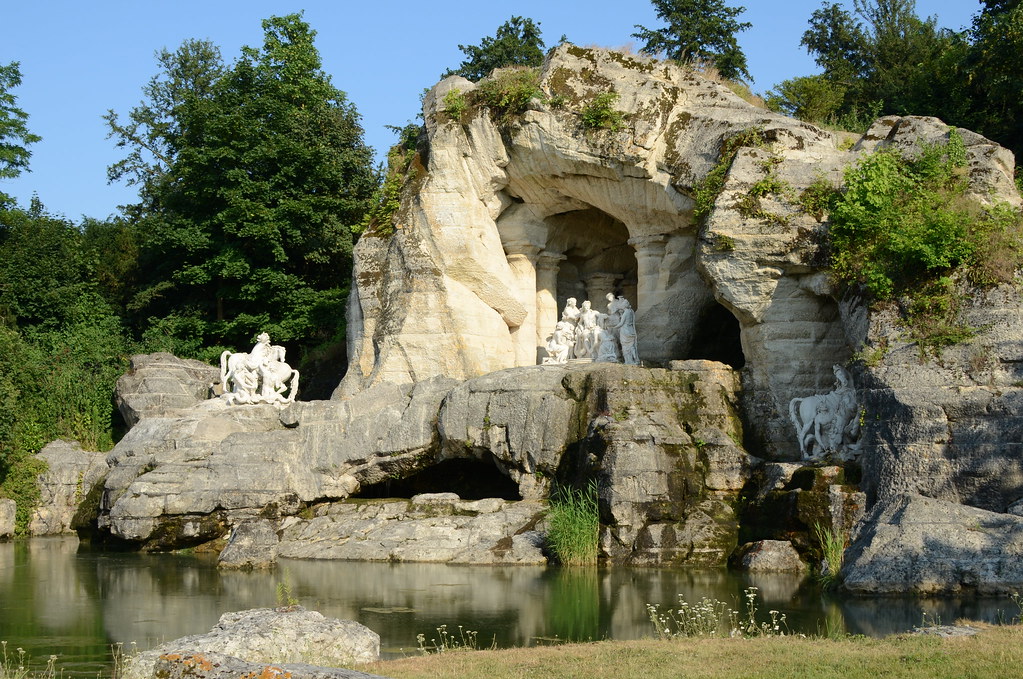 Posted by Louise Boisen Schmidt at 20:15