Dining Room aka. "After the Hunt"

This was originally a bathroom but was transferred into a salon. It derives its name from the weekly dinners given by Louis XV who would invite the few monsieurs and madames who had gone with him on one of his countless hunts. The food delivered to this room was made in the King's private kitchens that Louis XV had installed on the second floor. 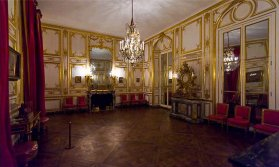 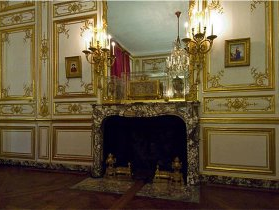 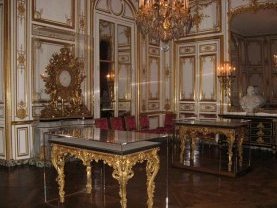 Posted by Louise Boisen Schmidt at 23:05