Louis de Bourbon was the eldest son of the Grand Dauphin and as such was the direct grandson of Louis XIV. He was born on 16 August 1682 at Versailles which had recently been made the permanent residence of the court. Soon he was to be joined by two other brothers; the Duc d'Anjou and the Duc de Berry.

At the age of just eight years old he lost his mother; at this point he had only just been removed to the care of men which happened at the age of seven. Reports have it that he was a very difficult child who had fits of rage and never did as he was told. In an attempt to combat this behaviour Francois Fenelon was appointed as the young boy's tutor. This turned out to be a perfect match. 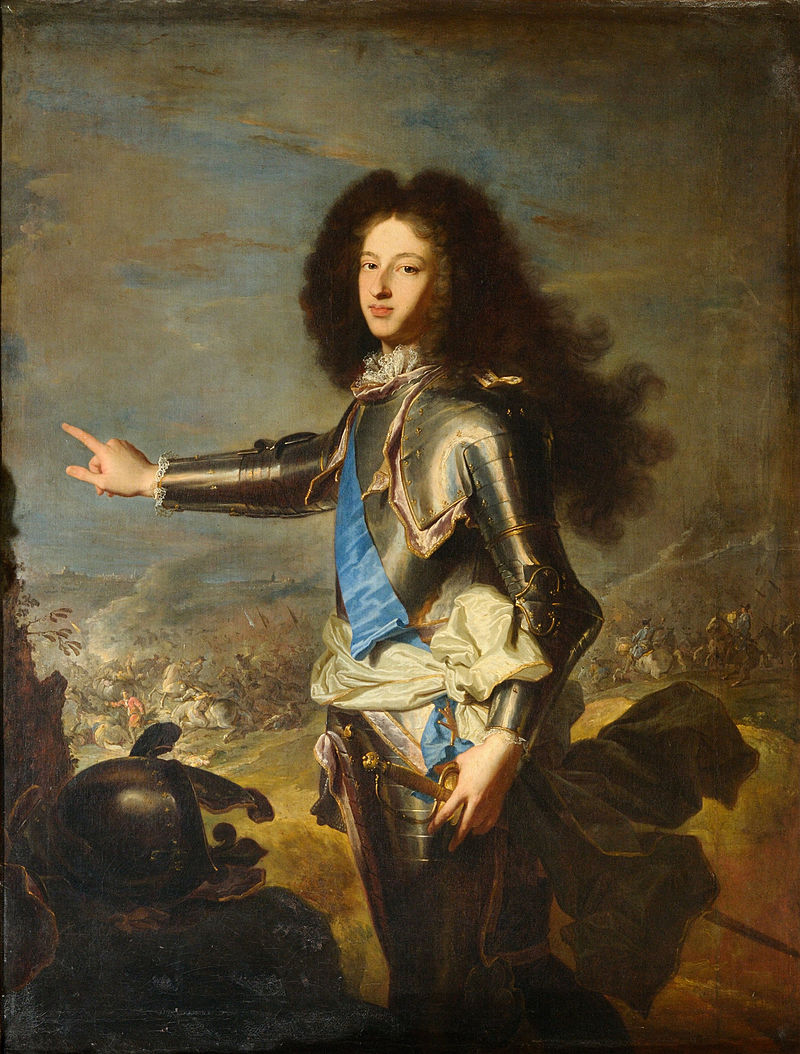 Fenelon and Louis were fitted immensely well with each other. Fenelon soon learned that his pupil was intelligent and the best way to get through to him was by activating his mind. Louis immediately responded to this new approach and his character changed abruptly. Louis turned into a delightful young man according to the accounts of his contemporaries. He became pious, patient, attentive and his intellect was well-noted. Louis XIV was particularly pleased to see that his grandson was developing a keen interest in the army and enjoyed mock battles.
Fenelon was eventually exiled after his religious persuasion turned out to be a bit too Jansenist for the Sun King but Louis and Fenelon continued a firm friendship.

Louis XIV decided that Louis was to marry Marie Adélaide of Savoy (the Sun King's own great-niece since she was the granddaughter of Monsieur). They were married in December 1697 when Louis were 15 and Marie Adélaide just 12.
The first years of their marriage was uneventful due to their youth. Louis XIV had ordered that the marriage was not to be consummated until the bride was older which Louis naturally agreed to.

Louis XIV came to consider the Duc de Bourgogne as his true heir since the Grand Dauphin was basically useless when it came to politics. Known to happily spend entire days sitting in his chair and tapping his cane the Grand Dauphin seemed an unworthy successor to Louis le Grand. Consequently, Louis involved the Duc de Bourgogne far more in politics than the latter's father. For example Louis was allowed to sit in on the high council's meetings from the age of twenty - something his father would never be permitted to do. Louis himself was eager to prove his worth on the battlefield which he did quite well in the first campaigns. However, in 1708 the Duc de Bourgogne was sent to Flanders where he crossed paths with the Duc de Vendôme whom he was to share command with. The two were complete opposites and one disaster followed another. When Louis eventually was called back to court he was nevertheless received like a hero.

When it came to politics Louis was a supporter of a decentralised government which spread power out to the individual provinces. At this point in his life both he and his wife were considered adults and thus lived together. They had three children together; Louis was notoriously fond of his wife and seems to have been genuinely in love with him. While it is contested that she returned his feelings in such strong terms she always respected him and treated him with kindness and affection.

In 1711 the Grand Dauphin died and Louis and Marie Adélaide became Dauphin and Dauphine. However, they were only to enjoy that title for a short while. The following year Marie Adélaide contracted measles which the doctors could not get the better of. Louis remained by her side until he was forcibly removed due to concern for his own safety. Marie Adélaide died which plunged Louis into a state of depression.
Sadly, the fears of contamination turned out to be too little too late. While grieving for his beloved wife Louis himself fell ill. He died on 23 February 1712 at the age of just 29.
Posted by Louise Boisen Schmidt at 20:40