The elaborate hairstyles of the 1770s took their tolls on the fashionable lady's real hair. Marie Antoinette was not unfamiliar with the struggles of hair which was only added to by the intense stress she was under to produce an heir.
Once Marie Antoinette had given birth to her first child something very unfortunate began to happen: the royal hair began to fall out. At first it was not much but by 1781 it posed a real threat to the royal hair. In an attempt to save the locks Monsieur Léonard cut the queen's hair quite short. Naturally, short hair did not become the public trend since Marie Antoinette would be dressed in wigs while her hair recovered. Nevertheless, the idea spread to other ladies at court who began to imitate her - no doubt that they experienced similar issues as their queen.

Naturally, the queen's friends did not disappoint. Here is both the Princesse de Lamballe and the Duchesse de Polignac in the coiffure à l'enfant:

The new style was christened "coiffure à l'enfant" which translates roughly to the child's hairdo. It brought with it a new era of style; whereas the hairstyles had hitherto been reaching higher and higher dimensions, the child's coiffure was far more "grounded". It did of course help that by 1776 the tall hair-dos had become the norm and was thus no longer a trend amongst the aristocracy. The new wigs were far more trimmed and could be remarkably relaxed.

The style meant that the hair would be cut to just beneath the ears; however, the hair at the back would would longer. Thus it was only when seen from the front that the style was dramatically different.
From the side it was clear where the hairstyle was divided between the front and the back since a rather obvious hairline ran vertically down behind the ears. To prevent the front from seeming too flat, Léonard used curlers to slightly coop up the hair - he still had to be careful not to overdo it, though. The curlers would first be slightly heated and applied and then cooled down; to finish off the front the hairdresser would use a comb with wide spaces between the "teeth". The overall result was that the look was much less styled and seemed more natural.

The hair in the back was not left completely to its own devices. Once again the curlers were brought out and heated; the result were wavy curls.

Another aspect that varied was the use of pomade. The higher hairstyles had depended on the sticky substance to keep everything in tight order but the coiffure à l'enfant favoured a more natural look. Consequently, the pomade was completely taken out of the equation. Given that the hair at the front was loosely combed it would easily have looked very greasy.
Likewise, the use of powder was not as vital as before. Some could still be used but without the pomade to keep it in place it would quickly become a mess.

It was possible to style the coiffure up a bit if so needed. Ribbons and flowers were great favourites when it came to adorn the simple hairstyle. The point was to restrain oneself - otherwise the entire impression of simplicity would be ruined. 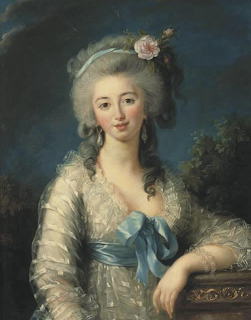 The coiffure represented not only a new fashion trend but a new phase in the queen's life. She was now a mother and had begun to appreciate her privacy at the Petit Trianon more. To a woman such as Marie Antoinette who cherished the natural it must have been a relief to quit the court-demanded fashions of her teenage years for a more mature look. Sadly, although the look was far less extravagant it still caused her to be critiqued. Some simply did not think that a queen of France should wear such simple styles and others were determined to tarnish her name no matter what.

Quite a few of the queen's portraits in the 1780's show her in the new style. These are some examples: 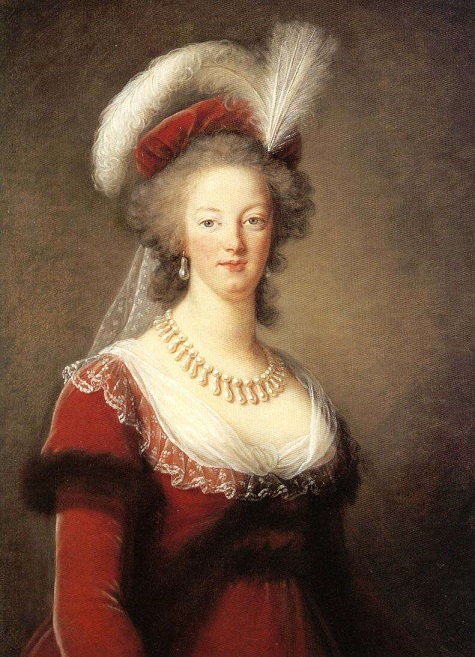 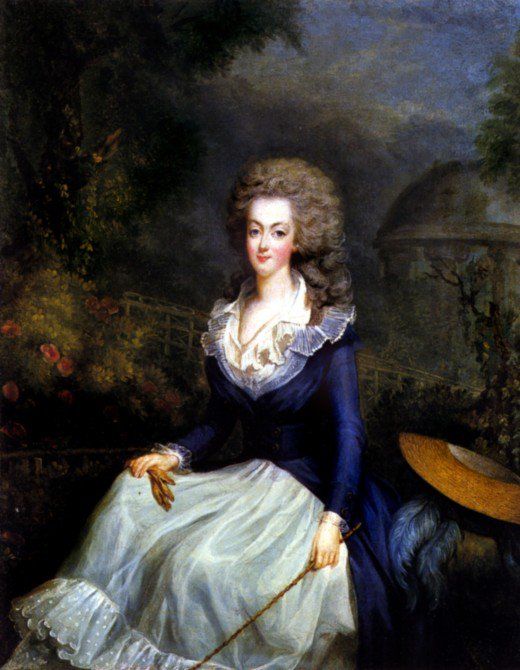 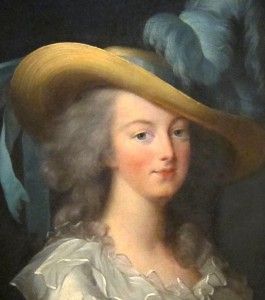 From a more modern point of view the style was beneficial in another way. Although it is unlikely that people's awareness of hygiene suddenly became awakened there were certain benefits. For example the previous styles were often filthy and itchy due to the intense amounts of pomade. At least he scalp could breathe more freely now and dust would not stick to one's hair.
It is equally possible that not only the queen but all those who followed the trend experienced stronger hair after a few months. Since the hair was no longer worked on so much it was torn less - although the curlers still did its damage.

Posted by Louise Boisen Schmidt at 14:43