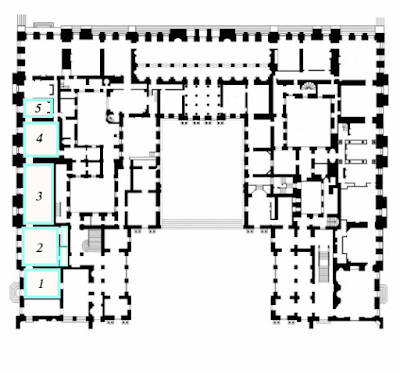 1) First Antechamber
The old Chapel was originally located here but it was demolished in 1682. It was then used as an apartment for the Grande Mademoiselle (la Duchesse de Montpensier) but after just a year in her possession it was transferred to the ownership of the Grand-Aumônier who was responsible for the religious activities of the royal household. In 1706 the Grand Maïtre de la garde-robe du Roi took over - he was in charge of the King's wardrobe (clothing was an important part of the sovereign's display of power).
The room was finally transformed into an apartment for the royal household when the Duc de Berry used it as a guard room. In 1714 it became a part of the apartments of the Maréchal de Villars. It was reduced by about a third of its size when it was made into the First Antechamber of the Dauphine.

The main décor is dominated by the crimson colour that decorates walls. Several golden-framed paintings adorns the walls. Two brown and worn wooden chests can be seen on the left wall - these were the travel trunks of none other than Marie Antoinette. 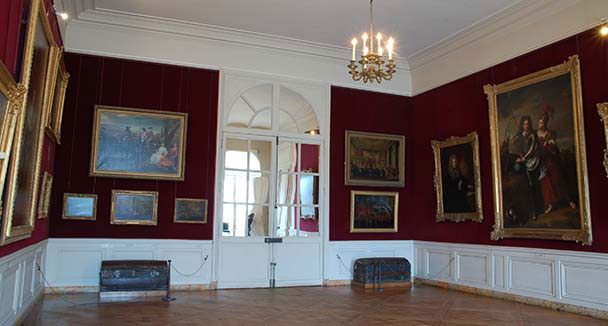 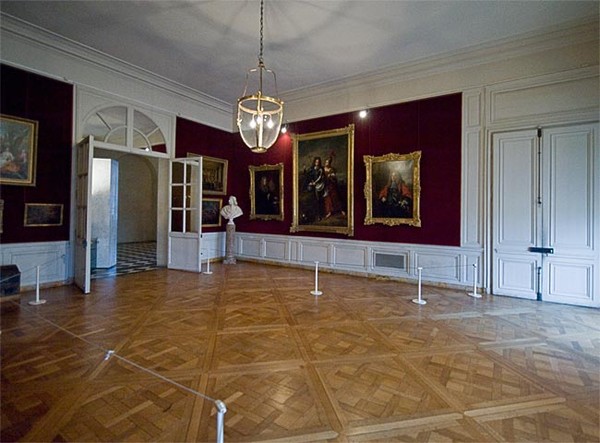 2) Second Antechamber
Like many other rooms at Versailles the Dauphine's Second Antechamber was originally not the size it is now. Formerly this room was divided into four minor cabinets for the Grande Mademoiselle and in 1683 it was transformed into the vestibule leading up to the apartments of Monseigneur, who was the eldest son of the Duc de Bourgogne. But the room was not settled yet. It changed to the ownership of the Duc de Berry who used it as an antechamber and from that on to the Maréchal de Villars in 1724 to whom it served as a part of the main apartment. It was not until 1747 that the room changed to the Second Antechamber of the Dauphine Marie-Josèphe of Saxony.

Following Versailles-tradition the room is richly decorated with paintings and other pieces of art. A large portrait of Marie Leszczinska - wearing her "royal costume" - is one of the paintings chosen for this room alongside with a portrait of a princess (exactly who it is is unknown). Above the door-frames two paintings of flowers by Jean-Baptiste Monnoyer is hanging. The large fireplace is thought to have once been placed in the bedroom of Marie Leszczinska and is made of solid marble. On the chimney-piece stands a pretty bust of the Regent. Lastly a large portrait of Louis XV is adorning the northern wall. 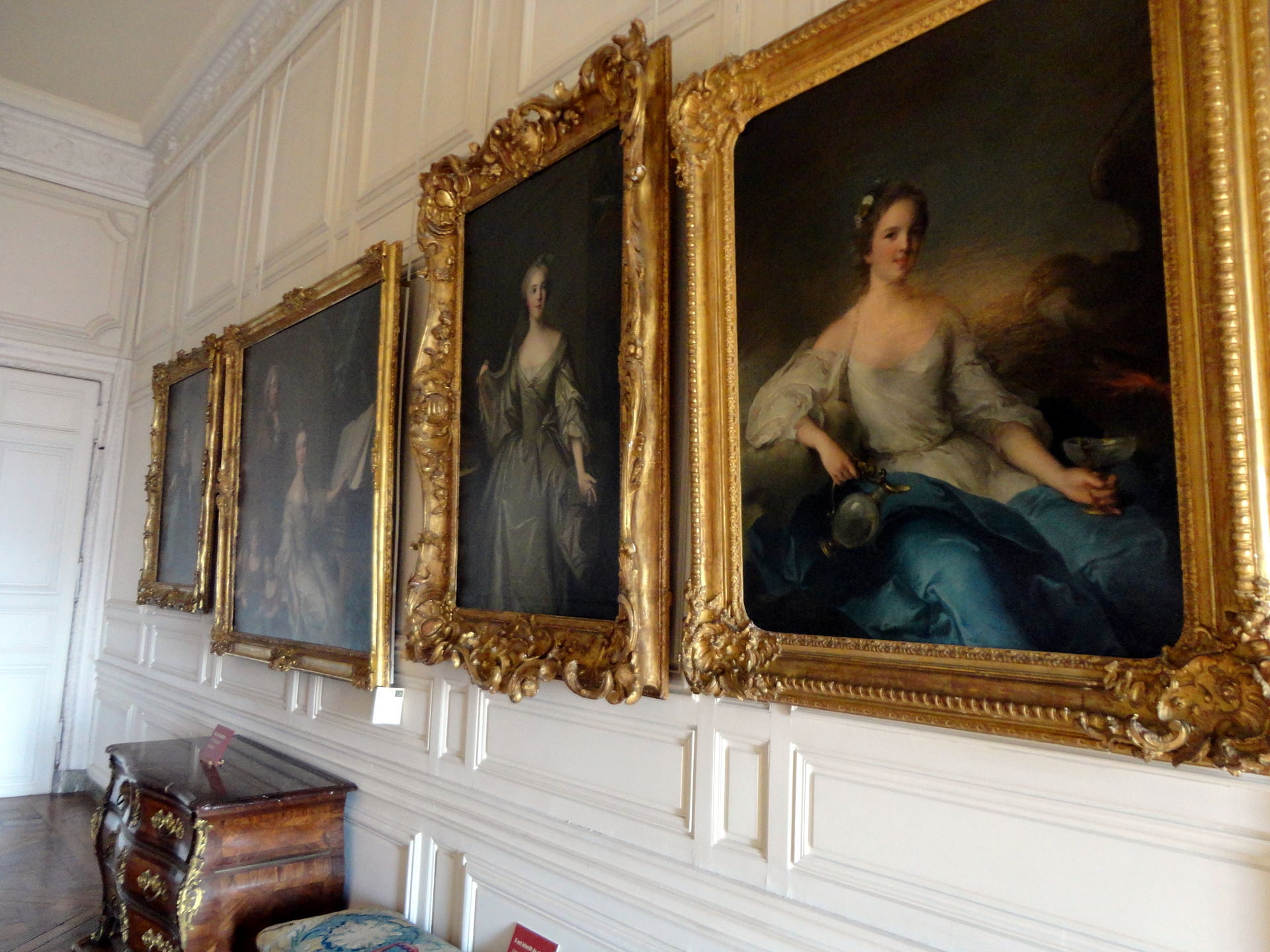 3) Grand Cabinet
Marie-Josèphe of Saxony used this room for conversation and gambling with her ladies-in-waiting and friends. The room itself dates back to when it was a guards' room for the son of Louis XIV. Sadly, Louis-Philippe changed the entire decoration of the place when he restored the Bourbon monarchy and just a single piece remains of the original décor: a large console table. This table has now been placed underneath a large mirror (with a restored frame). Today the table contains a barometer made for Louis XVI before he became King - in fact this room belonged to Louis-Auguste before his coronation in 1774. A portrait of Louis XV - and several ministers - hangs in the room on a beautiful red wall. 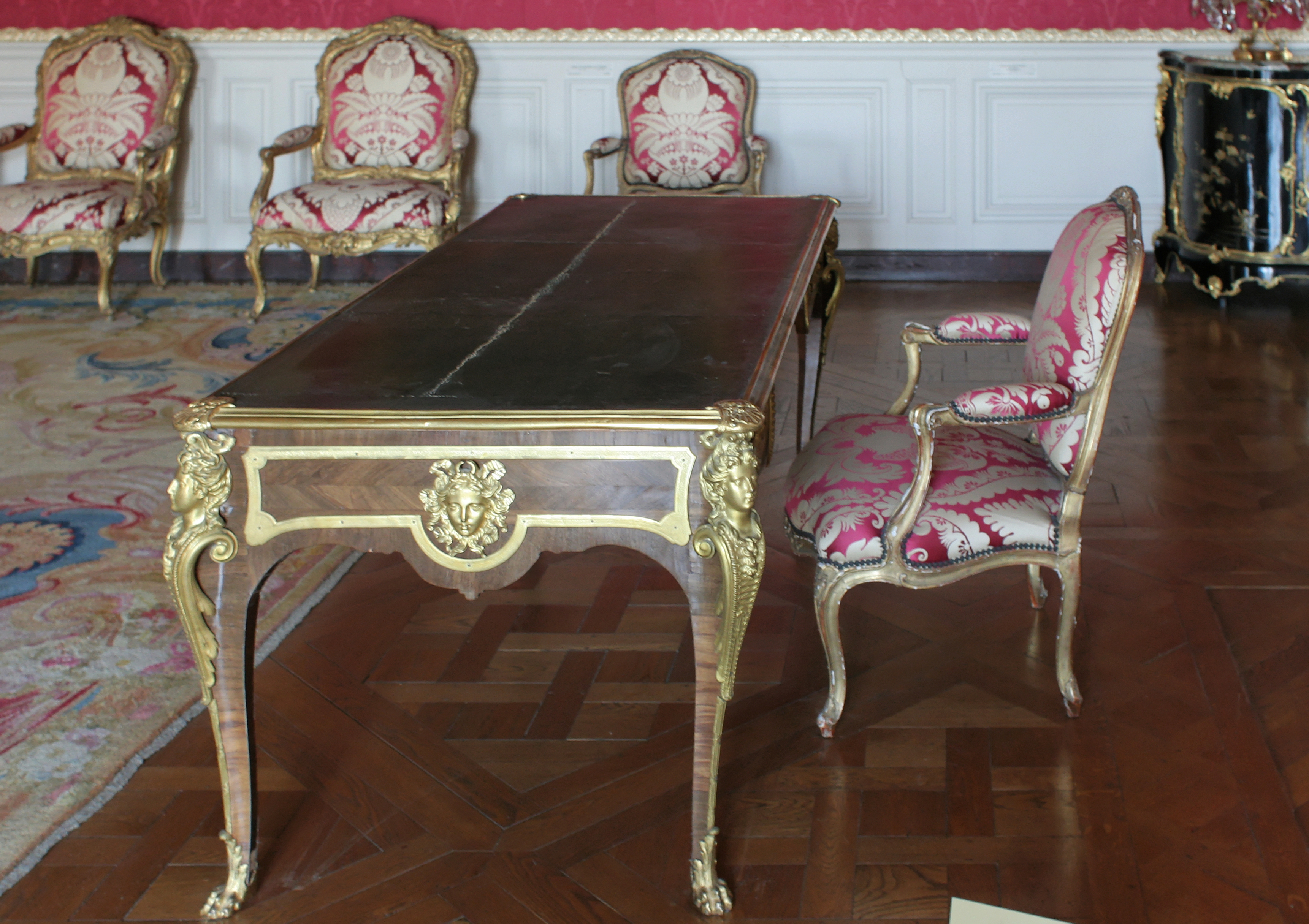 Sadly hardly anything remains of the original room as it was when the Dauphine Marie-Josèphe occupied these rooms. The only thing that is still the same as it originally was are the overdoors that are painted by Jean Restout. Instead a bed à la polonaise has been placed in the room, hereby replacing the original bed. The pictures on each side of the bed portrays Marie-Josèphe's sister-in-laws Madame Henriette (portrayed as Flora) and Madame Adélaïde (portrayed as Diana) - both painted by Jean-Marc Nattier.

The main colours of the room are pink and cream; the bed and the tapestry are both decorated with these colours. 5) Study
Like most other rooms at Versailles the Inner Cabinet of the Dauphine has changed purpose and owner a number of times. This cabinet served as an antechamber of Monsieur. In 1693 it became the antechamber of Monseigneur who would later change it into a bedroom - the Regent also used it as a bedroom before it passed on to the then Dauphin. In 1747 it was decided that the room should be divided in two to provide for minor cabinet that could be used for studying by the Dauphin and Dauphine - the room was divided into the Dauphin's library and the Dauphine's Inner Cabinet. This also had a more practical function: it meant that the Dauphin and Dauphine could reach each others' rooms without having to walk through the ever-crowded halls.

The Dauphine's Inner Cabinet was done in a rather simple and beautiful style. The walls are white with details in delicate colours - mostly blues and greens. Jean-Baptiste Oudry painted the "Four Seasons" that now hangs above the doors - the paintings were removed from the cabinet but has now been restored to their original place. Beneath the mirror a beautiful chest of drawers has been placed - it was created by Antoine-Robert Gaudreaus. The only other furniture in the same warm brown colour is the writing desk done by Bernard II van Risen Burgh. Both the chest of drawers and the writing desk were created for Marie-Thérèse Raphëlle who was the first Dauphine to live at Versailles; later the same furnitures were used by Marie-Josephe de Saxe.

Marie-Josephe de Saxe placed a sofa in the alcove on the rear wall - today two chairs have replaced it. The glass doors on either side of the alcove leads into the back rooms. The window shutters and the door frames are painted in a clear aqua-green colour that nicely complement the remaining décor. The chandelier looks very different from others found at Versailles - it has a very dark base around which crystal has been hung. 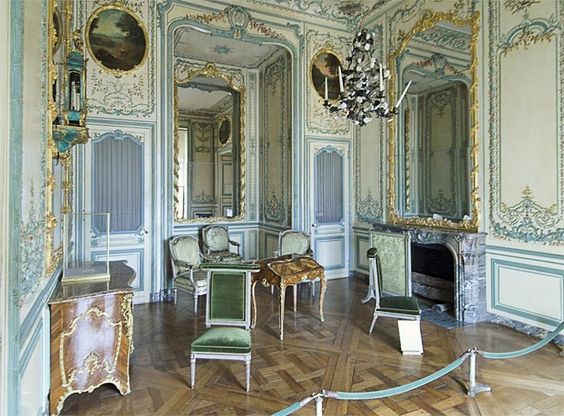 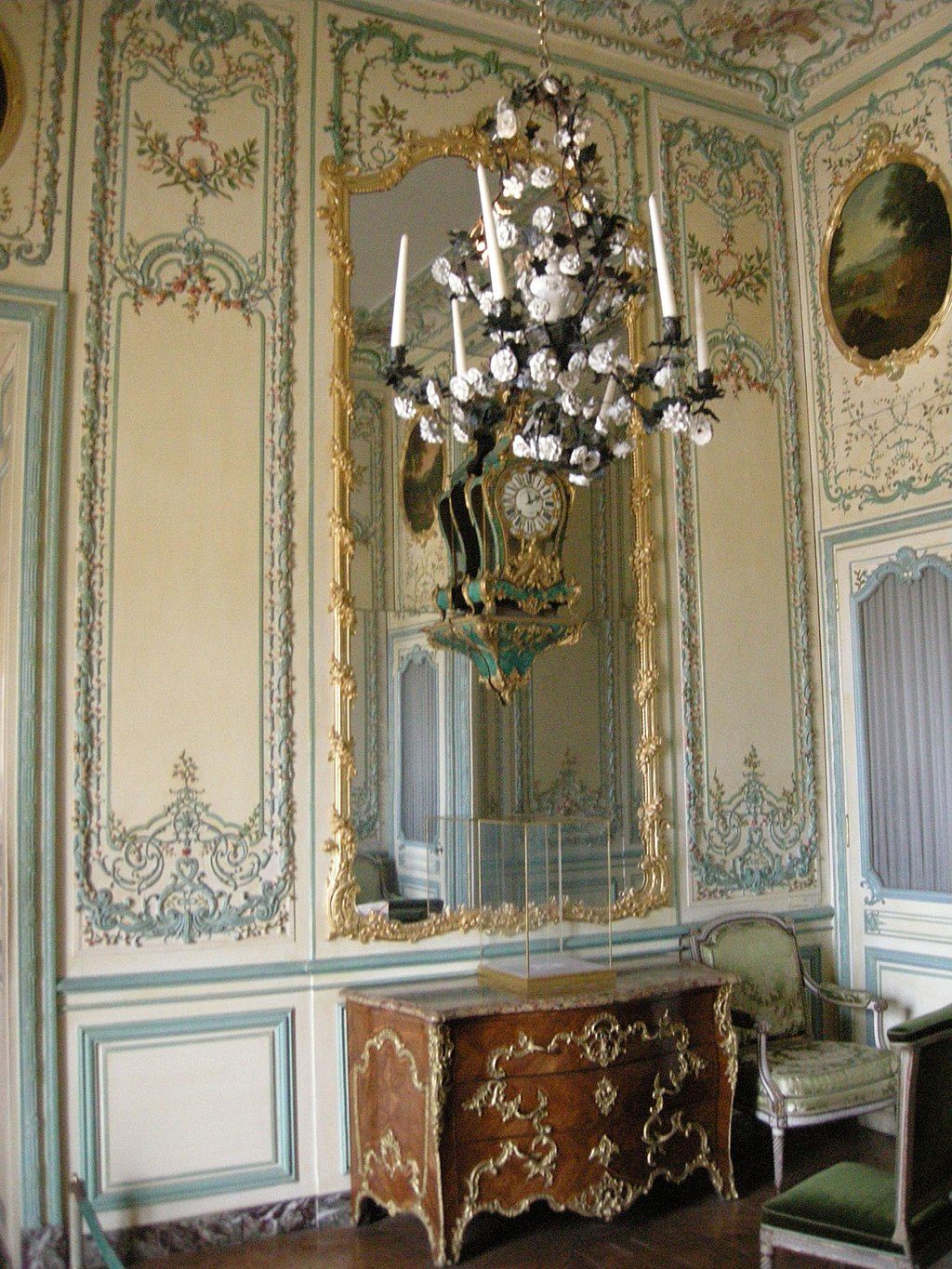 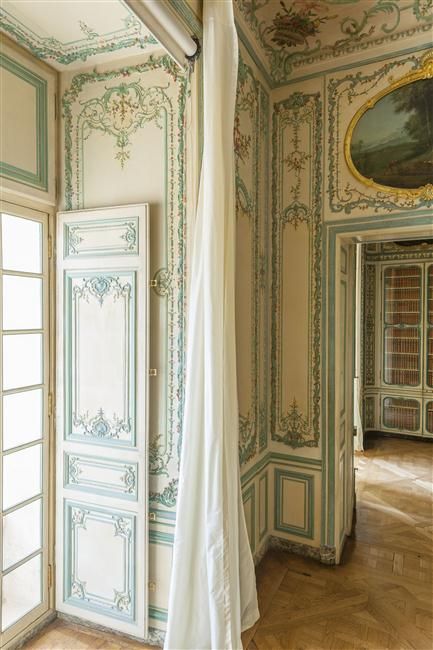 Posted by Louise Boisen Schmidt at 14:09