Originally, Le Nôtre had designed a grove here which went under the name of the Spring's Grove but it was replaced in 1685 just six years after Le Nôtre had finished his work. The new design was by Mansart who decided to have 32 marble columns erected (the marble was brought in from Languedoc) which gave the new design its' name. The colonnade is shaped as an ellipse and each arch is complete with a nymph's head on top. The centre is adorned with the marble statue "The Rape of Proserpine by Pluto" by Girardon - the circular platform is also of marble. Louis XIV used the colonnade for outdoor concerts. As a tribute to this purpose the bas-reliefs are mainly of children playing musical instruments. Occasionally, the colonnade was used for smaller supper parties. Here the guests could eat their dinners to the soft sound of water streaming from the small basins between the columns. 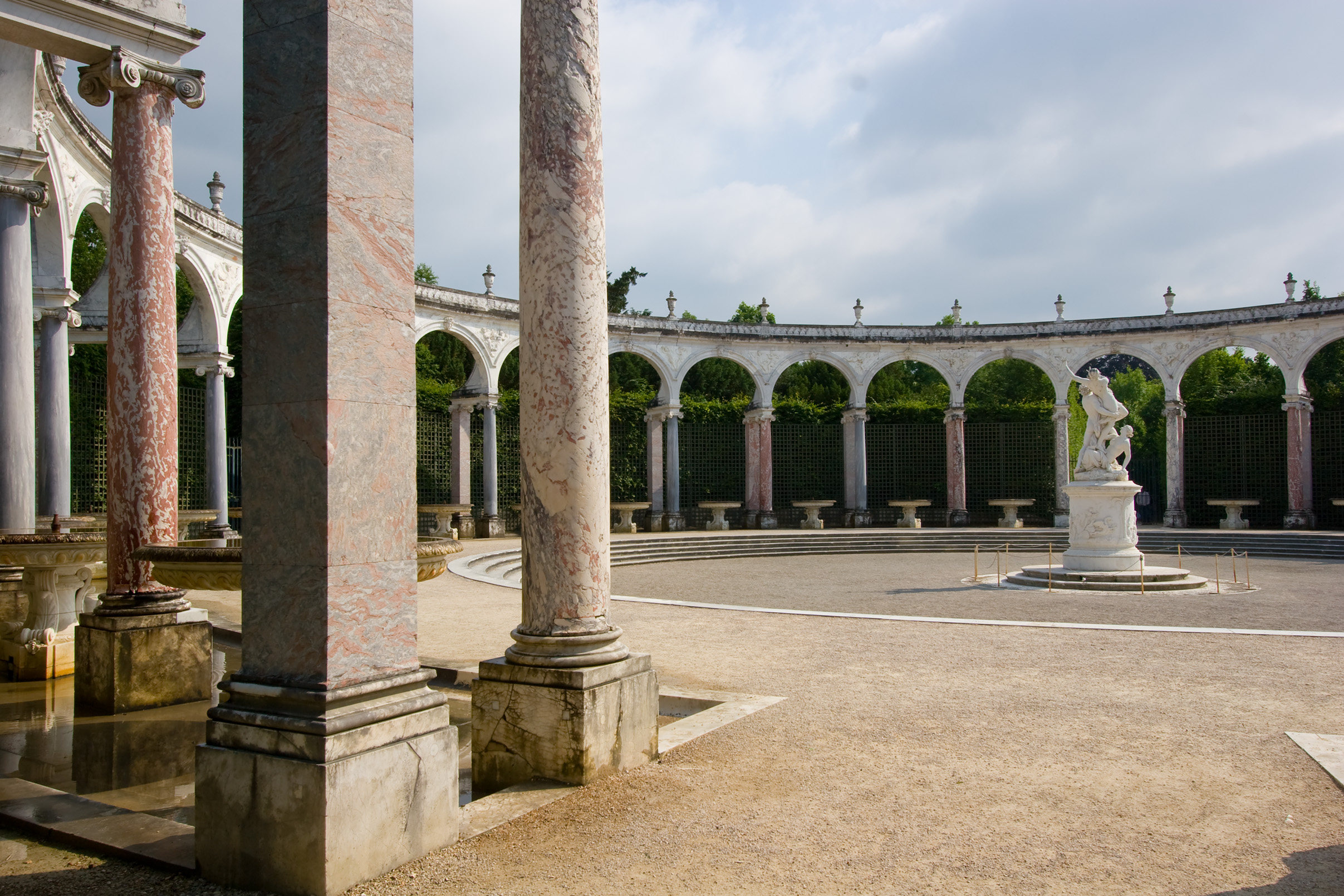 Posted by Louise Boisen Schmidt at 20:50