Grove of the Dauphin

The Dauphin's Grove has - alongside the Girandole Grove - the honour of being one of the very first to have been designed by André le Nôtre in 1660.
The sculptures are the work of Théodon who completed them at the end of the seventeenth century. It is generally believed that its name is derived from the sculpture of a dolphin (French: dauphin - yes, the same as the heir to the throne) that adorns the centre of the basin. 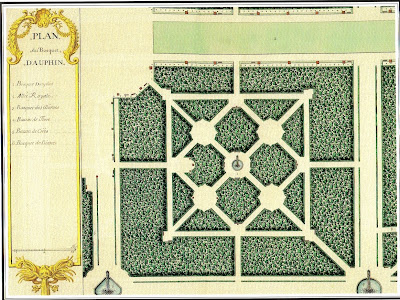 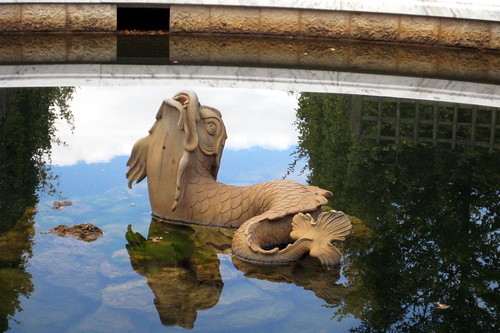 Posted by Louise Boisen Schmidt at 16:26