The calash is a stiffened hood which became increasingly popular during the 1770's as a fashionable way of protecting one's elaborate hair-do. The achieve the characteristic hoop effect the hood was stiffened with either whale bone or cane hoops. There is some humour in the naming of the calash; it comes from the French "calèche" which refers to a roof of a carriage that can be folded down.

The calash became particularly popular to use while travelling since it could easily be put down while inside and still provided good protection against the elements. Also, it could be adjusted in such a way to protect the face from the sun. Ribbons with be used to tie the hat to the wearer's head; actually this way of fastening means that it should really be called a bonnet. 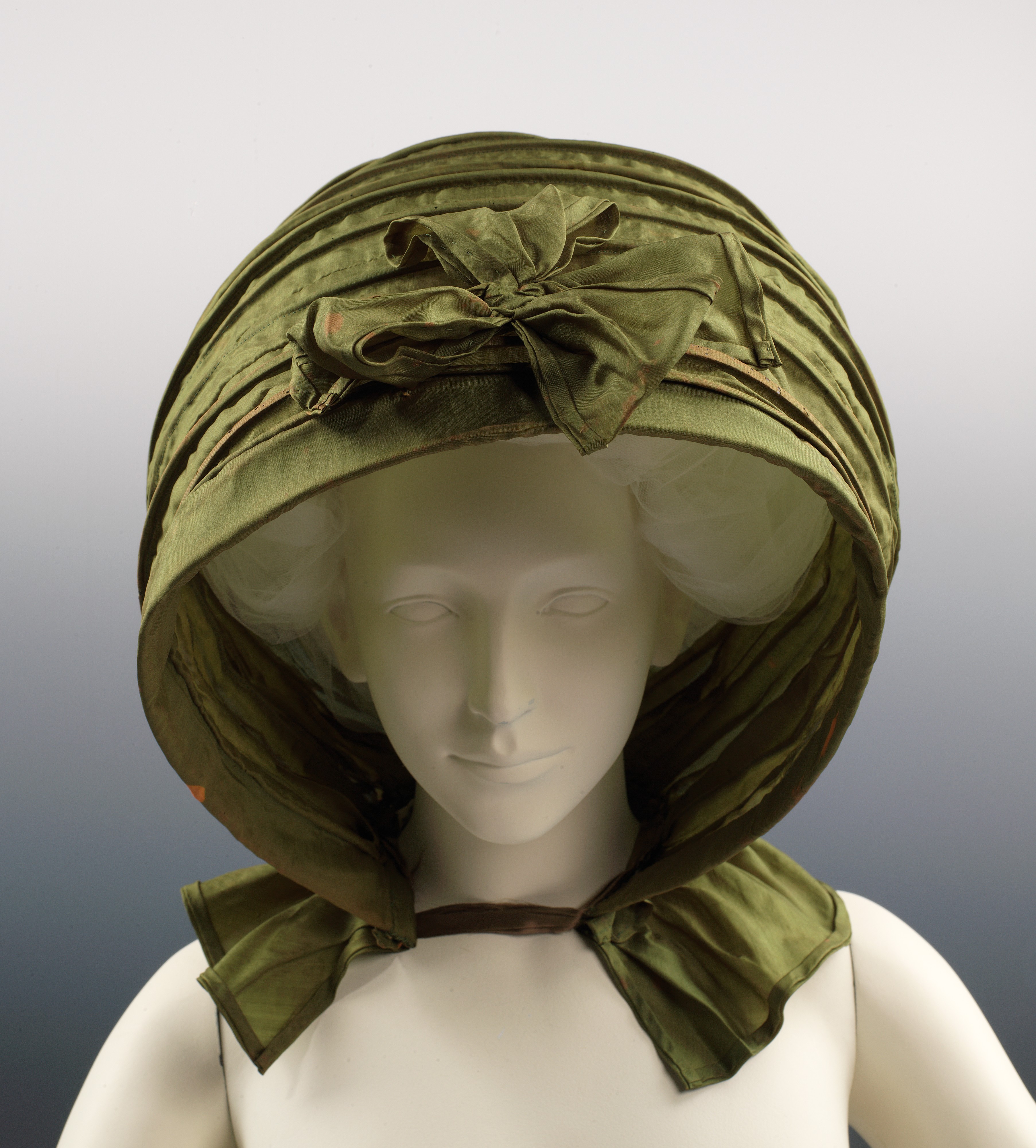 Rumour has it that it was the Duchess of Devonshire - a good friend of Marie Antoinette - who came up with the fashion around 1765. The calash was worn well after the fall of the French monarchy.
During the first years of its' existence a genuine calash could only be made of green silk. Later on other materials and colours became acceptable though.

Posted by Louise Boisen Schmidt at 20:12