The son and heir of the Grand Condé, Henri Jules de Bourbon-Condé, inherited the title of Prince de Condé in 1686. However, as the prince's life progressed it became painfully obvious that all was not right with his mental health. One of the most evident symptoms was overpowering hallucinations.

In some instances he would hallucinate wildly; one instance took place when he was on route to Bourgogne. He became utterly convinced that he was a hare - yes, the animal - and gave orders to forbid all churches from ringing their bells for fear of running into the forest. Such illusions were not infrequent during the last twenty years of the prince's life. In another instance it was not a hare but a plant; as all plants must he thought it necessary to be watered. For this particular purpose he ordered his manservant to water him in the garden of his hôtel but the manservant refused and ran away.

While these scenes were definitely eccentric they were hardly a threat to this life. But his mental disorder could have a life-threatening impact on his life. Once under the illusion that he had died, Henri Jules refused to eat which naturally meant that he became dangerously thin. According to the Comte de Maurepas his life was only saved when his servants came up with the idea of dressing up as ghosts - one as the deceased Marèchal de Luxembourg and the other as Henri Jules' grandfather - and intreating him to eat something. Oddly, it worked.

One of the hallucinations that most frequently overpowered Henri Jules was the conviction that he was a bat. The Comte de Maurepas relates that he even ordered a room to be furnished with dark draperies and kept in complete darkness - like a cave.
What is rather odd about these illusions is that the prince does not appear to have lost any use of his senses - that is his physical senses. His vision, hearing, touch etc. was not damaged by his frequent dark periods of the mind.

It also appears that these delusions were not constant. He could be remarkably "normal" for long periods of time and would then suddenly be seized by some sort of fantastical conviction. The severity also seems to have varied. One source mentions that Henri Jules sometimes fell into one of these fits when the king was present but could then control it so much as to "withdraw into a window" where he would "stuff curtains into his mouth" to quiet the involuntary barks and sounds that would escape his mouth. This suggests that not only was he aware that his behaviour was not quite normal but that he was also endeavouring to hide his condition.

In other instances it was harder to control his outbursts. When he participated in the many hunts at Versailles he was often under the delusion that he himself was one of the hunting dogs. This often led him to "bark without sound"; or in other words, he would make the face and muscle contractions of one who is barking but no sound came out.
There can be little doubt that Henri Jules suffered a great deal from his disorder. His rank alone - First Prince of the Blood - meant that his presence was often required at court where the other courtiers were not merciful in their comments. 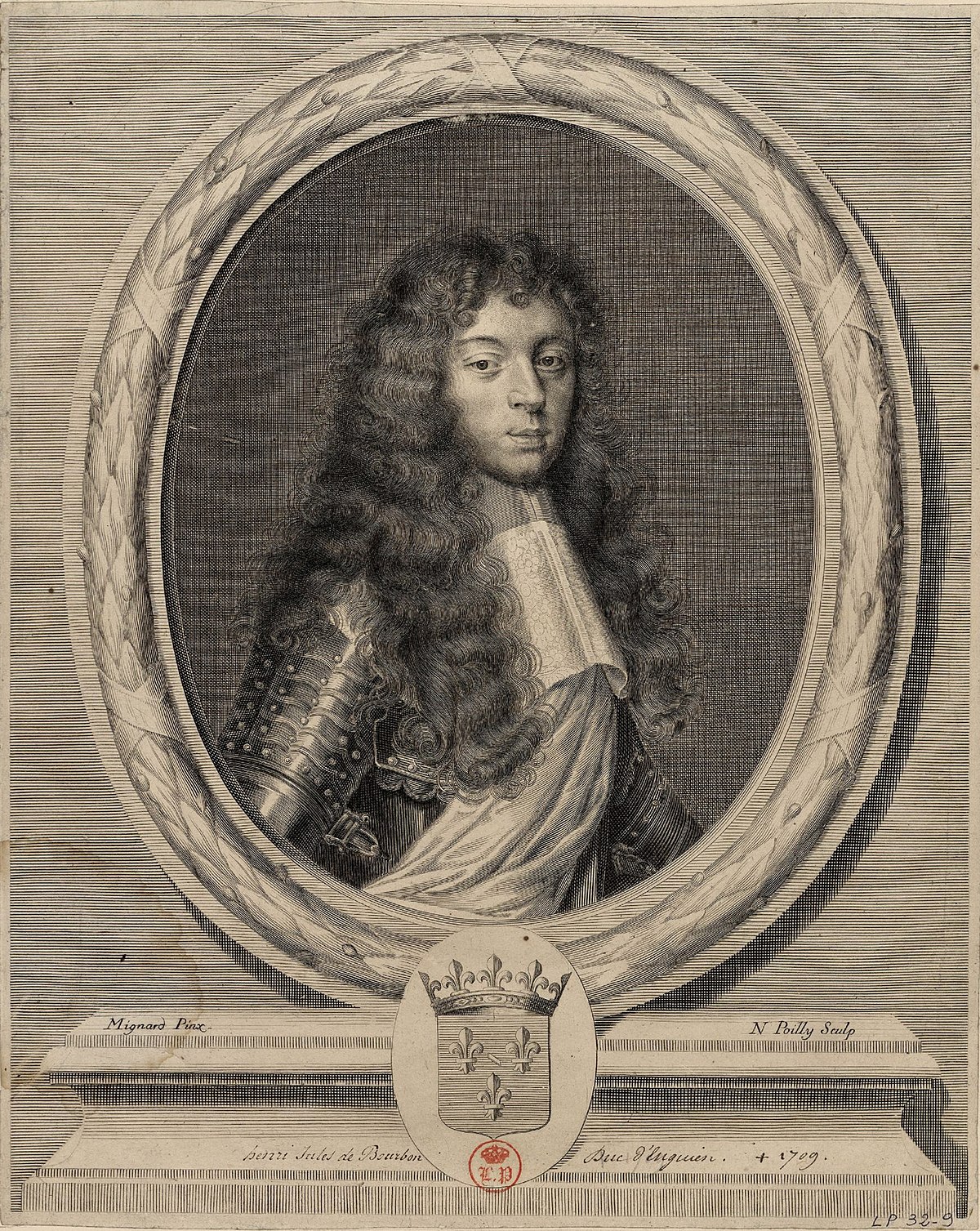 At the time his condition was politely referred to as vapours at court; in private more people probably called it madness. We now know that he suffered from clinical lycanthropy; this disorder makes the sufferer believe that they are transforming into an animal. Today, it is thought that clinical lycanthropy is actually a "bi-product" of another mental disorder. This could be schizophrenia, bipolar disorder or clinical depression. Physically, the cerebral cortex (which controls - amongst others - a person's perception of his/her own body) has been observed to be unusually active in patients suffering from clinical lycanthropy. This means that during one of these fits the patient actually firmly believes that they are transforming into another animal.

Sadly, there is still no definitive cure or treatment for this particular disorder. Had it not been for Henri Jules' high rank he would undoubtedly have ended his days in a mental asylum under appalling conditions.
Posted by Louise Boisen Schmidt at 22:16