Most members of the aristocracy had libraries of their own and their books were recognizable by the owner's coat-of-arms. 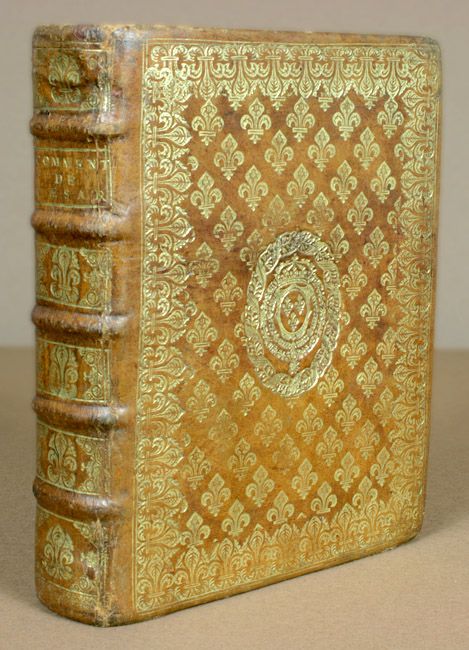 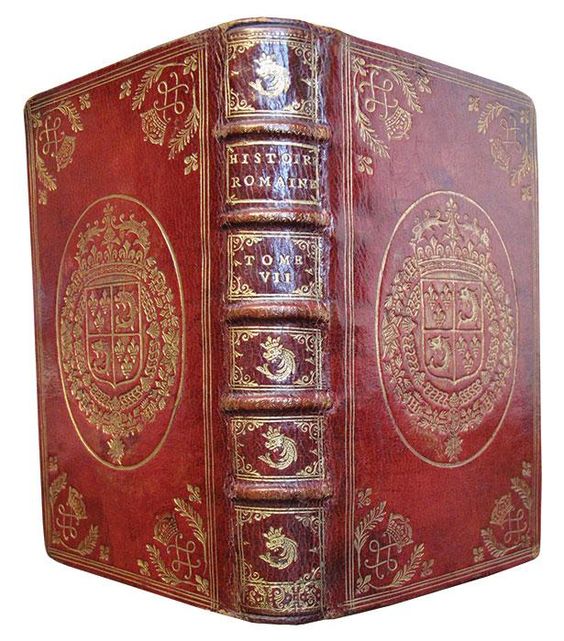 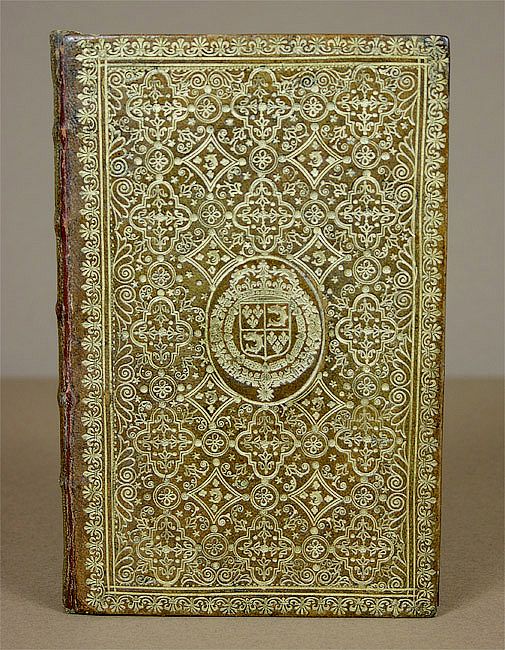 Printed in 1728 in Paris this bound volume was in the library of Louis Ferdinand, son of Louis XV and Marie Leszczynska 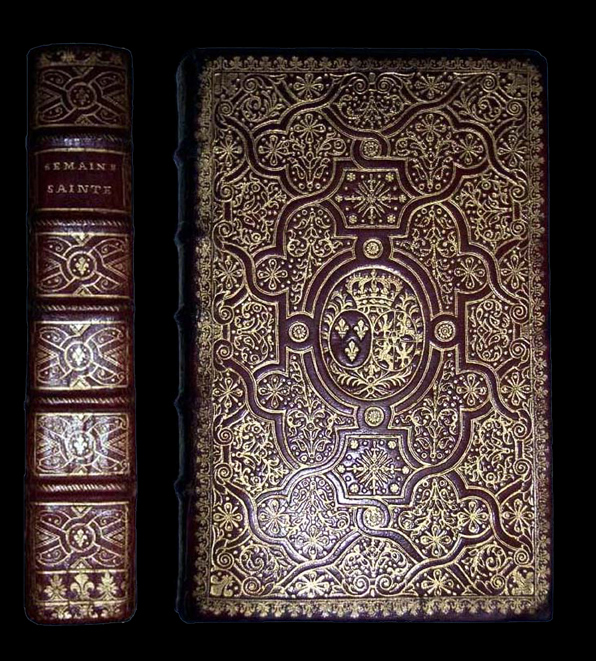 Another volume from 1728 which was the property of Marie Leszczynska. The title is  Office de La Semaine Sainte. 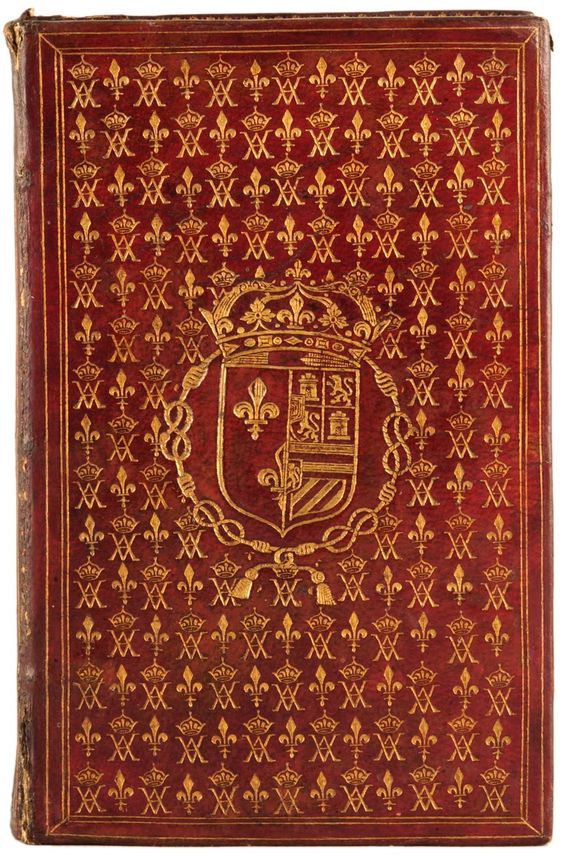 This happens to be the same story as the one above - only this one was made in 1627 and belonged to Anne of Austria. 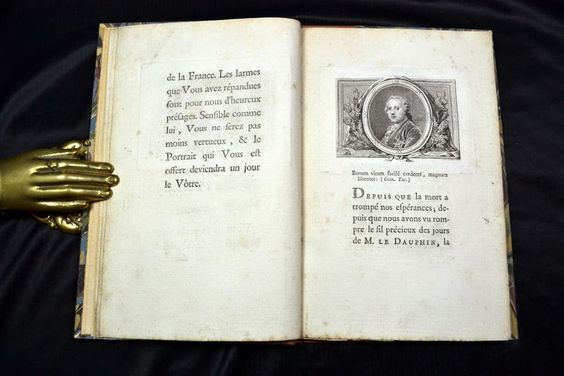 Six volumes bearing the arms of Marie Josèphe. This is a series with the name "La Christiade"

A red book bound in Moroccan leather with the arms of Madame de Pompadour. Her extensive collection of over 3000 volumes were primarily bound in this type of leather. 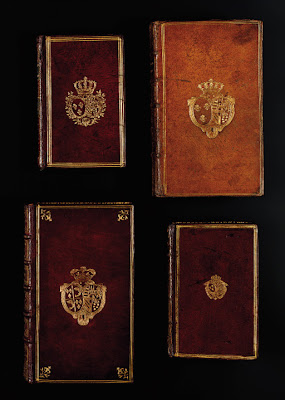 Four books also bound in red Moroccan leather - this time belonging to Marie Antoinette. The ones in the photo are: L'office de La Sermaine Sainte (again!), Les Plaideurs, Officium Parvum B. Maria Virginis and Histoire des Celtes.
They were sold at auction. 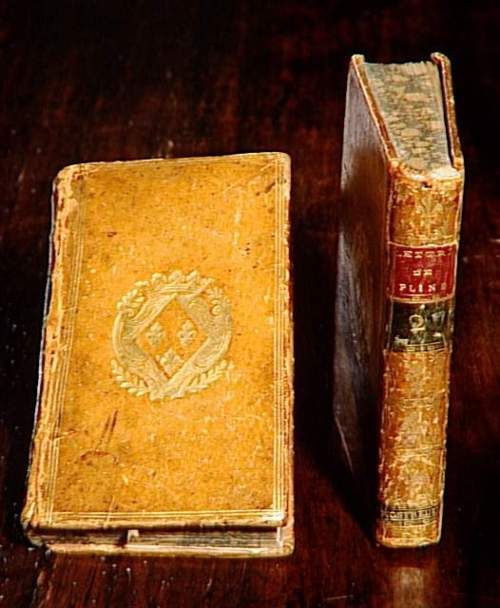 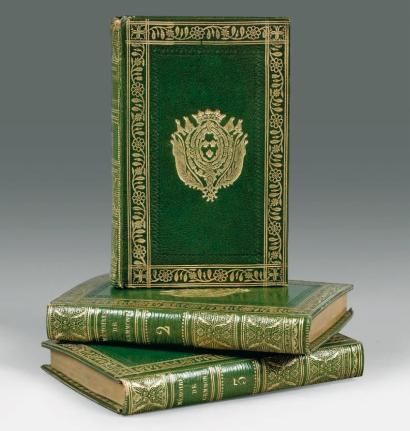 The memoirs of the Duc de Gramont with the arms of the Comte d'Artois. 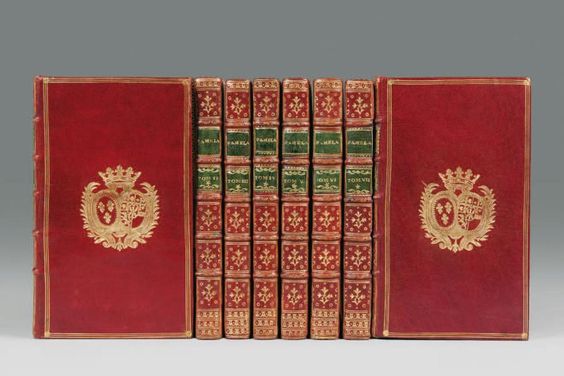 The Comtesse de Provence was the proud owner of this series which focus on famous people of the Antiquity.

Posted by Louise Boisen Schmidt at 19:42