Louis Joseph, Prince de Condé had been married to Charlotte de Rohan since 1753 but their marriage was not one of mutual love. Instead, he began a long-lasting affair with Maria Caterina Brignole, Princesse de Monaco. Their relationship became increasingly serious following Charlotte's death in 1760.

In 1769 the liaison had become so serious that the Princesse had made a home for herself in the Parisian Hotel de Lassay; conveniently, this was an annex of Louis Joseph's residence, the Palais-Bourbon. Unsurprisingly, news quickly spread beyond the borders of France to Maria's husband.

The Prince de Monaco was not pleased with his wife's French escapades. In a jealous fit to keep her with him he closed the borders of Monaco. However, she managed to side-step his maneuver and made it to Le Mans. Here, she sought refuge in a convent. While she was locked up in the nunnery the Prince de Condé attempted - in vain - to persuade the Prince de Monaco to separate himself from his wife. 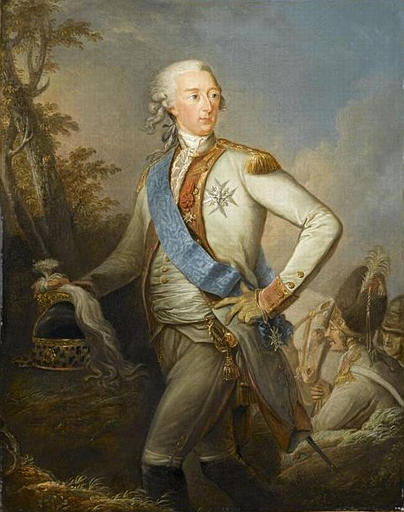 At court their love-affair was no less cause for scandal. Marie Antoinette had been brought up to disdain mistresses - a consequence of her mother's life-long jealousy of her father's mistresses - and did not look kindly on Maria's position. This did not deter the couple who were reunited in Paris in 1770. Four years later, they planned the construction of the Hotel de Monaco which was to provide her with a permanent home close to her lover.

By the time Maria returned to Paris her marriage was as good as over. In January 1770 she was granted a legal divorce from her husband. 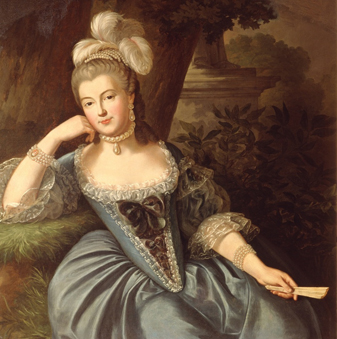 By the outbreak of the revolution the couple was still together. First, they fled into Germany and then made it on to England. Maria found herself a widow following the death of her husband in 1795. The couple was finally able to marry; this ceremony  was performed on 24 October 1798. However, the couple was not free to openly admit to their marriage. In fact, the marriage was kept a secret for 10 whole years before it was finally acknowledged in late December 1808.

Maria spent her vast fortune in a vain attempt at restoring the Bourbon-dynasty to power in France which left her destitute.

Posted by Louise Boisen Schmidt at 20:22

Email ThisBlogThis!Share to TwitterShare to FacebookShare to Pinterest
Labels: liaisons