Apartments of the Duc d'Angoulême

Today these rooms house two antechambers to the museum section concerning the 17th century, the rise of the Bourbon-family and the reign of Louis XIII. Because most of the rooms of the North Wing are now dedicated to information instead of recreating of the earlier chambers we cannot know exactly how the rooms looked back then - however, I can show you some of the things that used to be in the Duc d'Angoulême's apartments.

Above the doors hang two paintings by François-Joseph Heim that were made especially for the Duc's apartments.


This is the room dedicated to the rise of the Bourbons. The Duc d'Angoulême was the one who lived in these apartments in 1789 when the royal family was forced to leave Versailles but before him it was the apartments of the Duc de Maine (during Louis XIV) and the Duc d'Orlèans (during Louis XV). 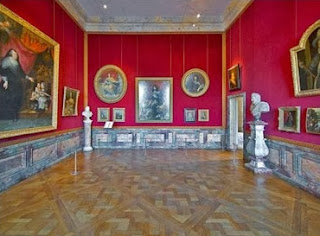 And this is the last room in the Duc d'Angoulême's apartment, now paying tribute to the reign of Louis XIII. 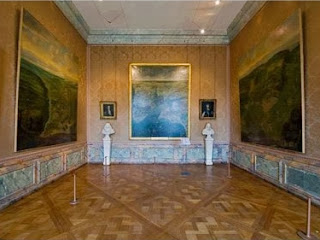 Posted by Louise Boisen Schmidt at 11:01