The Château de Choisy was once the property of the Grand Mademoiselle, Anne-Marie-Louise d'Orlèans who was the cousin of Louis XIV. She bought the property around 1680 for a staggering 40.000 livres and then had the house torn down and another one ("in my style" according to her memoirs) built in its place. Then the Grand Dauphin took over and made some alterations of his own before it became the property of Marie Anne de Bourbon who happened to be the daughter of Louis XIV and Louise de la Vallière.

Louis XV himself bought it in 1739 and used it as a smaller refuge for himself and Madame de Pompadour to whom he would offer it as a gift in 1746. When the King bought the château the village nearby immediately changed its name to Choisy-le-Roi which was a privilege only villages of royal residences had. The idea was to have a simple décor especially compared to Versailles. During this time a bathing pavilion was added to the château and the stables became a lot larger which was probably due to Louis XV's great passion for hunting - actually the hunting was a part of why the King bought the property in the first place since the royal forest of Ménart was located nearby. However, when Madame de Pompadour died the château was no longer the same for Louis XV and he lost interest in it. Eventually Marie Antoinette became fond of it but not more than she would consider trading it for Saint-Cloud. It is a touching note that Louis XV had a portrait of Marie Antoinette hung in this private retreat.

The château would not survive the revolution even though Robespierre himself lived there for a while. Since it was a part of the royal residences it was confiscated by the new government, the furniture was sold off and throughout the 19th century the château slowly fell apart until disappearing. Now all that remains are two pavilions and a part of the former service wing. 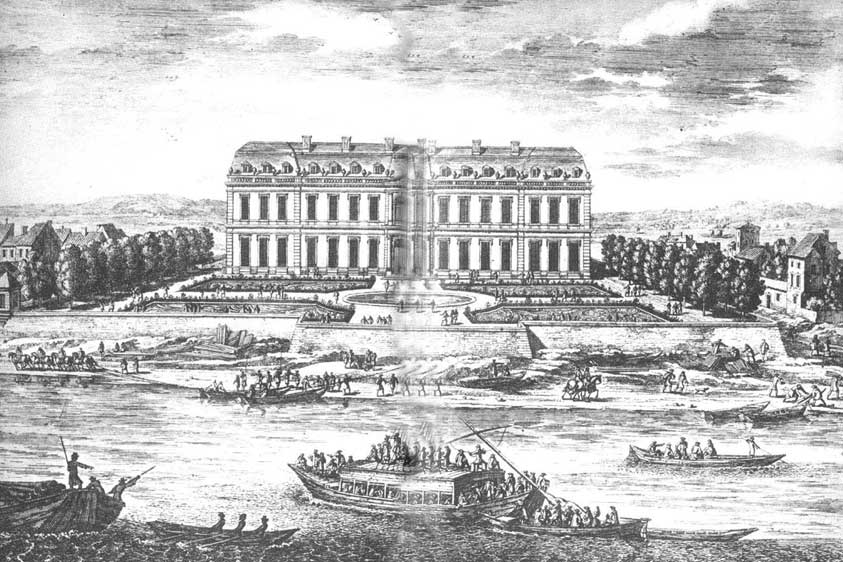 Posted by Louise Boisen Schmidt at 21:17