Now being a properly titled member of the Bourbon dynasty Louis Philippe was to fulfil his duty and ensure the next generation. For this purpose he was married to Louise Marie Adélaide de Bourbon who was the daughter of the richest man in France. This particular fact meant that after their wedding (in 1769) Louis Philippe suddenly enjoyed far more influence at Versailles since Louise was the heiress of her father.


Surprisingly, Louis Philippe soon exhibited an attitude that worried both his family and the King; the Duc de Chartres seemed to be an adversary of the monarchy - apparently not worrying about the fact that his own power and influence came from just that. In 1771 he was sent into exile for openly opposing the plans of Maupeou which aimed at increasing royal influence at the expense of the Paris parlement.
When Louis XVI became King it was still rather openly supposed that Louis Philippe was anti-royal. He made sure that he would not return to court when he criticised Marie Antoinette for her lifestyle which the Queen in turn could only scoff at considering that Louis Philippe was not shy of living an extravagant life himself.

In 1778 he was shipped off to the front were he participated in the battle of Ushant. However, rumours soon started to flow claiming that he was incompetent. Following his outspoken critique of the Queen he was hastily recalled to France where he remained unwelcome at court.

On the family front Louis Philippe had five children by his wife; two girls and two boys. He became Duc d'Orléans in 1785 and was thus the head of the Bourbon-Orléans line. However, by this time the actual grasp on power by the Orléans was nothing compared to the influence wielded by the Regent during Louis XV's minority. This might just be the reason for why Louis Philippe's resentment towards the monarchs; he knew he would never have that power himself.
Louis Philippe had several affairs which resulted in a bunch of illegitimate children. One of his former mistresses - Madame de Genlis - became governess to his children thanks to her friendship with both Louis Philippe and Louise. 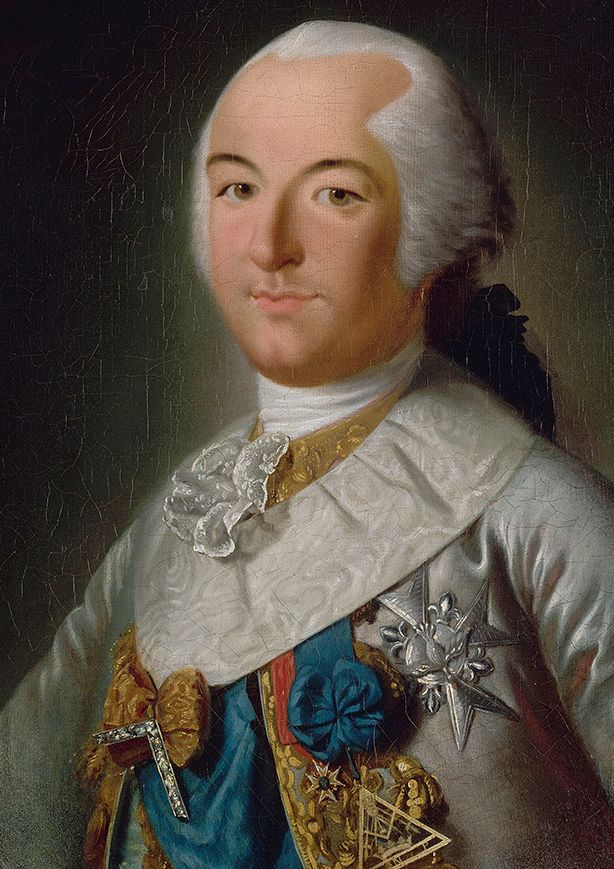 During the revolution Louis Philippe found a perfect venue for his old hatred of the King and Queen. He assisted the revolutionaries and achieved a major role in the political machinations of that period. In 1792 he committed the ultimate betrayal when he voted in favour of Louis XVI's execution.
His open support of the revolution meant that he was awarded with the title of Philippe Égalite.

In the end, however, not even the intrigues of Louis Philippe could save him from the bloodbath that unfolded in those years. As the senior member of the royal family he was high on the list of suspected enemies to the new world order - despite his support. Eventually, Louis Philippe faced the same fate that he had sentenced his relative to. On 6 November 1793 he was guillotined - his remains were never found.
Posted by Louise Boisen Schmidt at 16:48