Wardrobe books - or Gazette d'Atours - were very common for the royal families of Europe. Samples of fabric was collected in a book which would then be brought before the King or Queen for them to choose from.

Marie Antoinette, of course, had several over the years but most have been lost. In her case the book would be brought to her while she was still in her bedchamber. She would then use little pins to mark the ones she would like to wear - during recent restorations several lost pins have been found among the floor boards of the Queen's Bedroom! Read more about the Queen's dressing process here.

These extracts are from the book of 1782 when Marie Antoinette was 26 years old. Her taste for flowers were already well established and clearly shines through in the patterns. 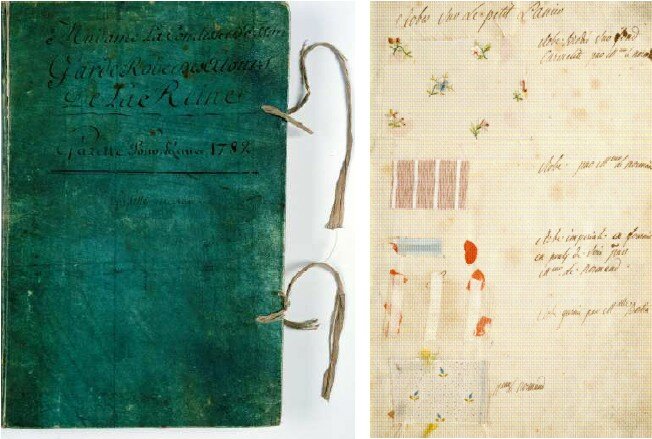 Posted by Louise Boisen Schmidt at 20:45